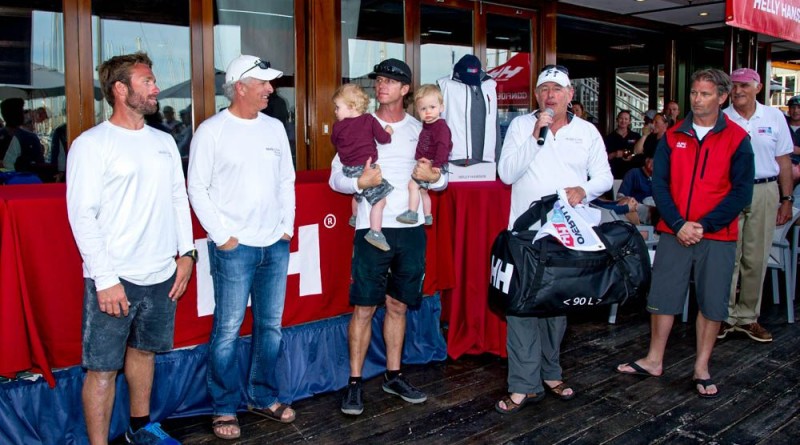 SAN DIEGO — More than 100 teams competing in 12 classes returned to the water on March 20 for the final day of racing in San Diego for the Helly Hansen National Offshore One Design Regatta, the largest national sailboat racing circuit in the United States.

Bruce Golison’s J/70 Midlife Crisis came out on top, winning its J/70 fleet and the regatta’s overall title. The win earns Golison a trip to the British Virgin Islands to compete in the Helly Hansen NOOD Championship Regatta.

The San Diego NOOD Regatta was the start of a long campaign for Golison, with the ultimate goal being the J/70 World Championship in San Francisco in September. For the NOOD, he assembled a team that included his brother Jay, professional sailor Steve Hunt and Dan Morris, an Olympic-class dinghy sailor. This was their first weekend in the boat together and after a slow start on Friday they steadily improved, wining the regatta by only 2 points over Jeff Janov’s team on Minor Threat.

Over three days of racing in perfect conditions on San Diego’s South Bay racecourse, set between Coronado Island and mainland San Diego, Golison’s team had its work cut out for them.

Golison will join the St. Petersburg NOOD Regatta overall winner John Spierling and crew of the S 2 7.9 Rebel — along with victors of the remaining NOOD Regatta series — in the British Virgin Islands for the Helly Hansen NOOD Regatta Championship in October.