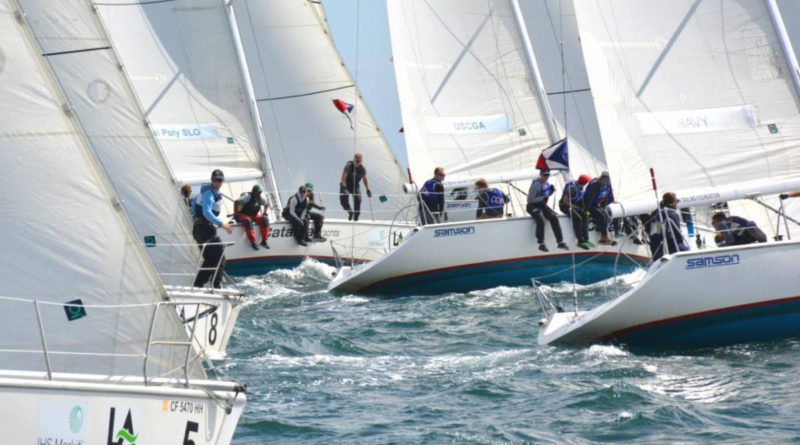 The public nautical institution wins the collegiate regatta for a seventh time.

SAN PEDRO—California Maritime Academy celebrated its seventh Harbor Cup win during the first full weekend of March 2020, as the Keelhaulers edged out UC Santa Barbara and defending champion College of Charleston for the victory.

Each day of racing ended with a new leaderboard, but Cal Maritime was able to win the Harbor Cup with top billing on Day 1 and two third place finishes thereafter.

Penn State, who competed in this year’s Harbor Cup with minimal to no keelboat or gybing experience, finished in ninth place but won the regatta’s Spirit Award.

Four of the 10 teams competing in the Harbor Cup were helmed by women (either part-time or full-time).

The Harbor Cup first launched in 2008 and has continued each year since as a 10-team invitational regatta, pitting college sailing teams against each other at the L.A. Harbor. Cal Maritime is the regatta’s partner.

Each year’s winner is awarded the Port of Los Angeles Harbor Cup Trophy, which, according to race organizers, represents sportsmanship, fairness, courtesy, grace in victory or defeat, environmental awareness, stewardship and love of the ocean.