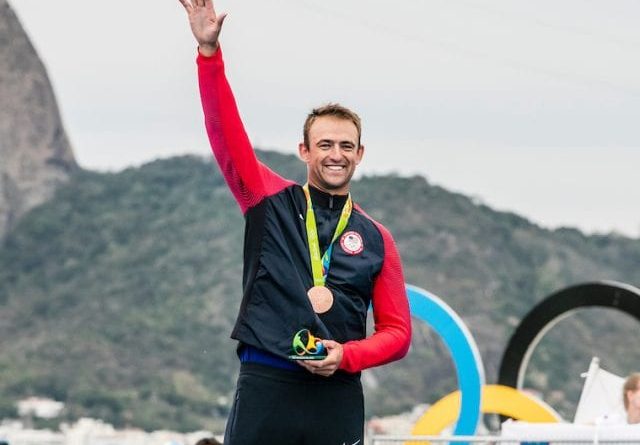 SAN DIEGO—The 2020 Summer Games in Tokyo won’t be happening until 2021 – but the sailing event at the next Olympiad will have one noticeable absence: Caleb Paine. The medal-winning sailor from San Diego announced he won’t be part of the US Sailing Team contingency in Japan when the Summer Games finally takes place, instead focusing on New York Yacht Club’s effort to win the America’s Cup in New Zealand.

American Magic is a challenger in the 36th America’s Cup, which is taking place in Auckland, New Zealand next year.

“My first project will be to join American Magic in Auckland. The plan is to work hard, learn from an amazing group of sailors, and try to contribute any way I can to bringing the America’s Cup home,” Paine said in his June 22 announcement.

Paine won bronze at the 2016 Games in Rio de Janeiro, Brazil and was later named US Sailing’s Rolex Yachtsman of the Year. The Yachtsman of the Year prize is considered one of the highest honors in the sport of sailing. Paine is also a five-time World Cup medalist and gold medal winner at the 2020 Hempel World Cup Series Miami.

The Olympic medalist, who was set to compete in the Finn Class in Tokyo, said the postponement of the 2020 Summer Games factored into his decision. The International Olympic Committee and country of Japan announced the 2020 Summer Games would be postponed until 2021 because of the global pandemic associated with Covid-19.

“Since the Olympics were postponed, I’ve been talking to my family and mentors, and have decided to step away from my campaign for Tokyo 2020. This was a very difficult decision,” Paine said in a released statement. “Winning a medal in Rio was a huge honor and absolutely a full team effort. I just feel really fulfilled in my Olympic career and am ready to move on to other challenges in sailing.”

Paine added he would continue to support future generations of Olympic sailors, despite not competing in the next Summer Olympiad.

“As soon as the America’s Cup is done, I’m more than happy to help the [US Sailing Team] out in any way I possibly can. Getting to the Olympic starting line takes an army of people. Now it’s my turn to pay it forward and help others make their dreams a reality, too,” Paine said.