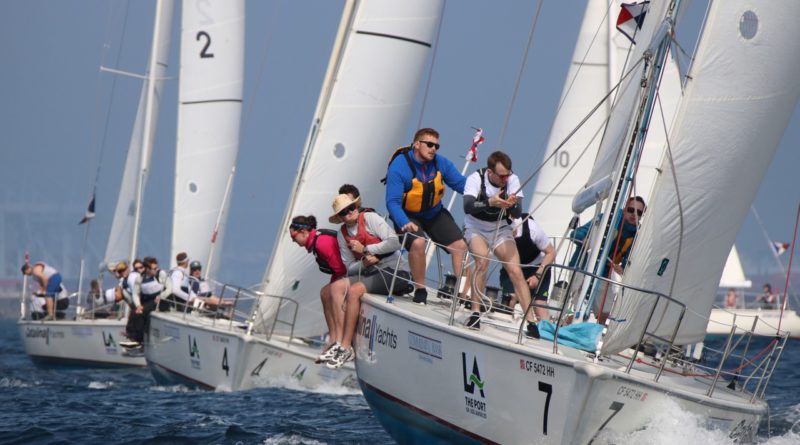 SAN PEDRO — Three days of intercollegiate sailing returns to Los Angeles Yacht Club as the Port of Los Angeles hosts the 2018 Harbor Cup here in San Pedro, March 9-11. California Maritime Academy, the regatta’s host school, took first place honors in the 2017 iteration of the regatta and looks to defend its title this year.

All teams compete on the water in Catalina 37s; fans will be able to observe the regatta from provided spectator boats. Each team must comprise of eight crewmembers.

An alumni and parent cocktail party will be held at Los Angeles YC on March 9; the yacht club will also host a dinner and surprise guest speaker on March 10.

Cal Maritime has won six Harbor Cups, including five in a row between 2011 and 2015. Charleston won the Harbor Cup in 2016, edging out Cal Maritime and U.S. Navy.

The Port of Los Angeles, Cal Maritime and Los Angeles YC founded the Harbor Cup in 2008. Housing, meals, hosting, visiting team events and other operational elements of the regatta is provided by Los Angeles YC.

Requiring all competitors to race in Catalina 37s, according to organizers, provides an equal playing field but also challenges the skills and strategies of each team. Racing in Catalina 37s also allows the teams to race in unprotected waters.

Contact Willie Bell, the race chair for Los Angeles YC, at harborcupchair@layc.org or Jaimie Bartlett at Cal Maritime (jbartlett@csum.edu) for more information on the Harbor Cup.