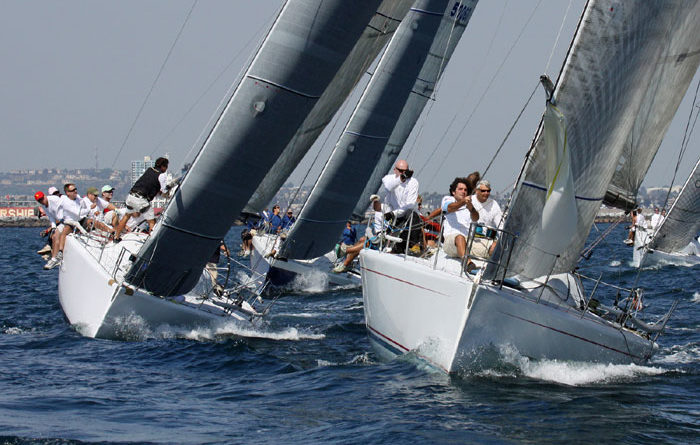 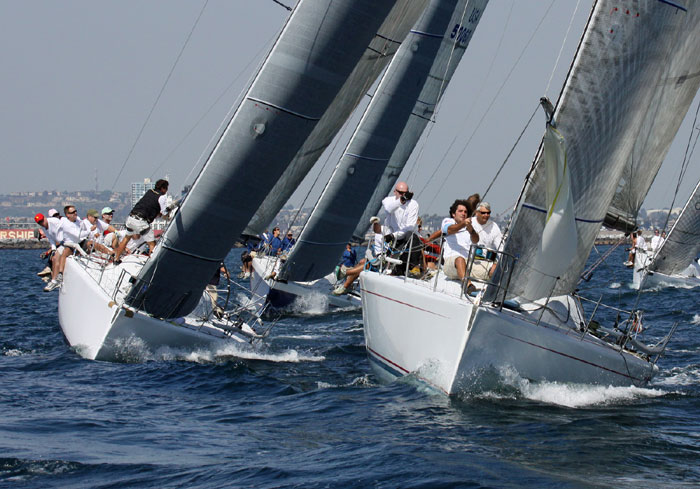 Thank goodness the weather forecasters get it wrong every now and then, because the predicted very light and fluky breeze never materialized. Instead, on both Saturday and Sunday, the wind built from southwest — something Long Beach is known for — starting at 5 knots and topping out at about 14. That allowed these ocean racing greyhounds of the 70s class and the always-quick Farr 40s to stretch their legs and mix it up on the ocean course, about a mile off Seal Beach.

When asked about his strategies for the regatta, Duker responded, “Well, Peter Holmberg is our tactician.”

That’s the Peter Holmberg, who won a Silver medal in the Men’s Finn class in the 1988 Summer Olympics.

“We’ve reconfigured (the boat) for offshore — and when the breeze came in, we really struggled,” Duker said. “We knew the key for us was a clean start, which allowed us to sail a better race.

“The key today (Sunday) was that we nailed the starts,” he explained. “That was all it took. The breeze was about the right set for us.”

Janov carried his own big guns on board that weekend, with Dave Ullman and Doug McLean both advising him on tactics. Ullman holds numerous world racing championships and was named Rolex Yachtsman of the Year in 1996. McLean is a Lido 14 and Cal 20 national champion.

“Dave and Doug allowed us to do well,” Janov said. “Viva La Vida (with Jeff Shew and Bill Durant) beat us on the first race yesterday. They were doing really well. After that we knuckled down. This crew is very connected.

“Today, we wanted to do as well as we could — wanting to sail conservatively, but staying ahead of Durant and Skian Dhu (with Dirk Freeland).”

“I’m glad I did this regatta,” Duker said. “And I’m glad I won. San Francisco Bay and Long Beach are the places you want to sail on the West Coast.”

This regatta was originally organized by the late Mike Campbell in 2006, as the 70s Invitational. Campbell wanted to sponsor a regatta with the purpose of bringing together big boats for a fall event.

When Campbell died in October 2008, it was decided that in 2009 the Farr 40 class would be invited — and the event would be renamed the “Campbell Cup Regatta,” as an appropriate tribute.