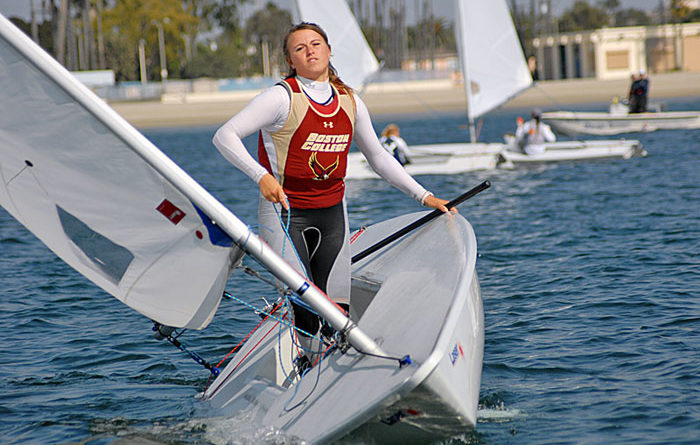 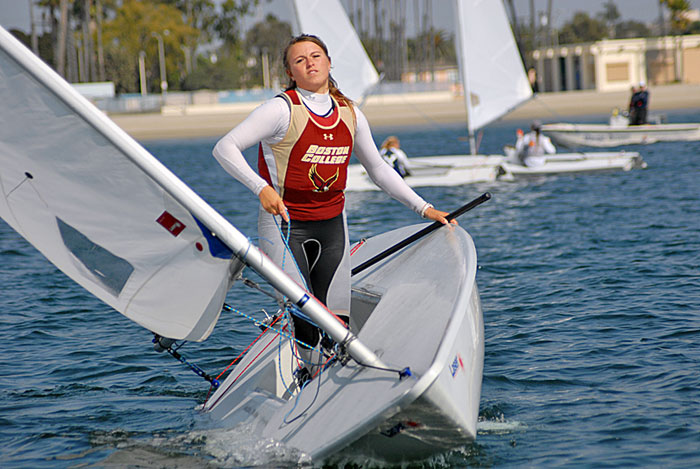 LONG BEACH — The top 18 men and 18 women singlehanded college sailors from around the country returned to US Sailing Center-Long Beach Nov. 4 for the third day of racing in the 2012 LaserPerformance/ICSA Singlehanded Nationals off Belmont Veterans Memorial Pier.

After a delay waiting for wind, racing got under way in a nice westerly sea breeze ranging from 4 to 10 knots and Juan Maegli sailing for the College of Charleston went into the day with a plan. “It was my goal to stay away from the fleet and protect my lead,” he said. “Fortunately, my plan worked and I got a big lead during the first race of the day.”

Maegli clinched the regatta after the first race of the day and enjoyed a stress-free afternoon. Meanwhile, Erika Reineke of Boston College continued to sail with speed and broke away from the fleet over the course of the day. She won the regatta Saturday, but she continued to show her skill Sunday.

Everyone in attendance enjoyed the event, especially the native Southern Californians. Nevin Snow of San Diego, sailing for Georgetown, said, “It’s great to be back in Southern California. The weather is way better here, and I’ve been sailing well.”

He finished his first collegiate national championship regatta tied for seventh with another freshman San Diegan, Olin Paine of Fordham.

“The breeze was much better than predicted for today,” regatta chairman Mike Segerblom said. “The offshore breeze provided some challenges and, as a result, we decided to move the course farther out to sea for the last race of the regatta.”

Maegli and Reineke will be invited to compete for the US Sailing O’Day Trophy, the National Singlehanded Championship for all sailors in the United States.

The 2012 LaserPerformance/ICSA Singlehanded Nationals event was hosted and organized by US Sailing Center-Long Beach and the University of Southern California Varsity Sailing Team.