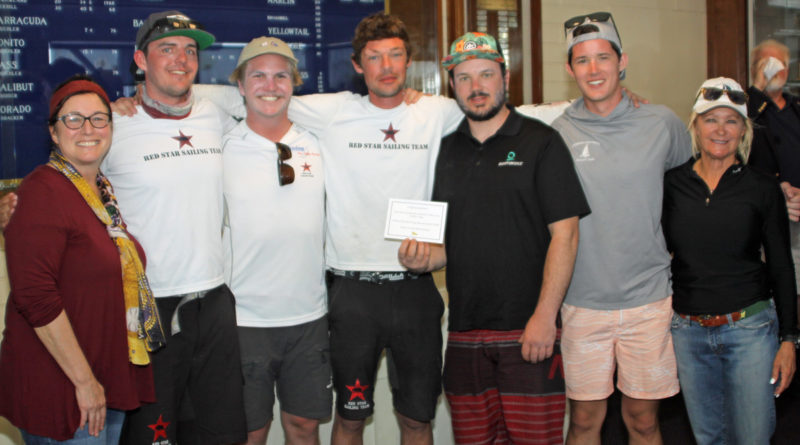 Charlie Welsh, of the Red Star Sailing Team from Newport Harbor Yacht Club, beat out Hood by only 5 points in winning the three-venue series raced at St. Francis Yacht Club, San Diego Yacht Club and Long Beach Yacht Club. The StFYC stop was a wash-out with little to no breeze over the two-day event. That meant that the skippers had only their performance at SDYC and LBYC to decide their overall series standings.

Taking second place at the Long Beach Stop was another flag officer at LBYC, Commodore Will “Bill” Hood beat Durant by only 1 point over the double round-robin, two-day format.

It is springtime in Southern California, which means the weather and wind can be, at times, unpredictable. However, the race committee team – led by US Sailing Principal Race Officer Randy Beers – did a very good job of adjusting the course as the wind couldn’t always decide how much it wanted to blow, or from which direction with 7-15 knots on Saturday, and 6-14 knots on Sunday.