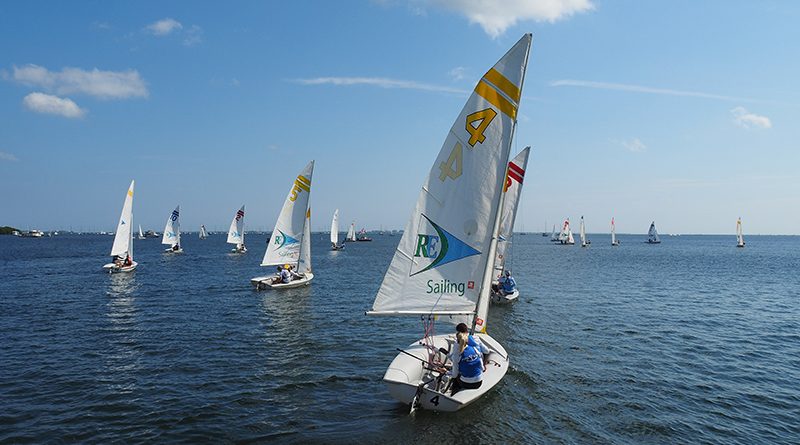 The Triple Crown was established in 2013 to honor youth sailors (skipper and crew) for achievement in winning on aggregated points in a series of designated championship races in the Club 420 sailboat throughout a single year. Events that count toward this point series include the Club 420 US Nationals, Club 420 Canadian Nationals, Club 420 North Americans, the Buzzards Bay Regatta, and other significant events designated by the class.

This is the ninth season of the series championship, which determines the top teams and the top individual athletes, both skippers, and crew, who earn the most points throughout the series of four high-level competitions:

Thirty-seven teams registered for the series representing all regions of the association, including the US, Canada, and the US Virgin Islands. Scoring for the series in 2022 is a high-point system, with each team receiving one drop.

“We are excited to have had so many excellent youth sailors participate,” said Association Executive Director Dillon Paiva. “The quality of the competition is quite high, and I think this has made this season-long competition quite exciting. The point spread throughout the season was very close, and the top 3 wasn’t determined until the final regatta.”

The Club 420 Association was established in 1980 to promote, foster, encourage and sponsor one-design sailing for youth sailors. Individuals who will be twenty-two years old in the year of an event may not compete in Club 420 regattas.