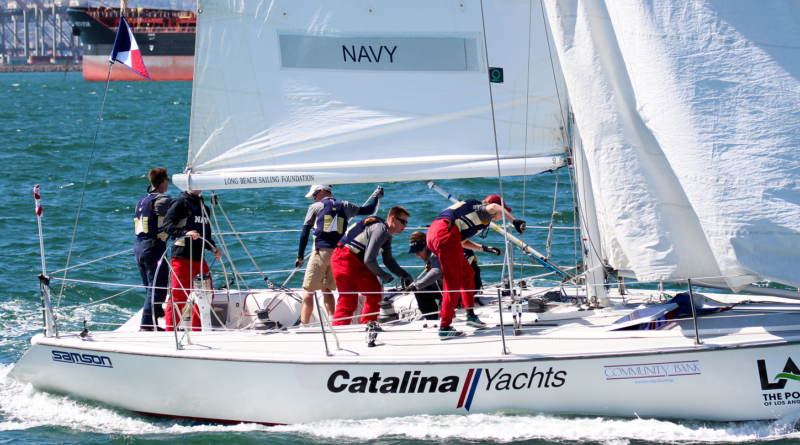 UCLA, USC and UC Santa Barbara are among those competing in regatta.

SAN PEDRO—Ten collegiate sailing teams – and three alternates – have been invited to compete in this year’s Harbor Cup, a three-day regatta jointly hosted by Cal Maritime Academy, Los Angeles Yacht Club and the Port of Los Angeles. This year’s Harbor Cub will be held March 8-10 in San Pedro.

Each school will compete against each other in Catalina 37s, provided by Long Beach Sailing Association.

The Harbor Cup was founded in 2008 to provide an one-design, offshore sailboat racing experiences.

The U.S. Naval Academy won the 2018 Harbor Cup, with UC Santa Barbara and University of South Florida rounding out the top three.

Cal Maritime Academy was in the fourth slot and USC finished in eighth place.

Official headquarters for the 2019 Harbor Cup will be at Los Angeles YC, which is located at 285 Whaler’s Walk in San Pedro. Contact the yacht club’s race chair at 310-831-1203 or harborcupchair@LAYC.org. The contact for the Port of Los Angeles is Media Relations Director Phillip Sanfield; his contact is 310-732-3569 or psanfield@portla.org.