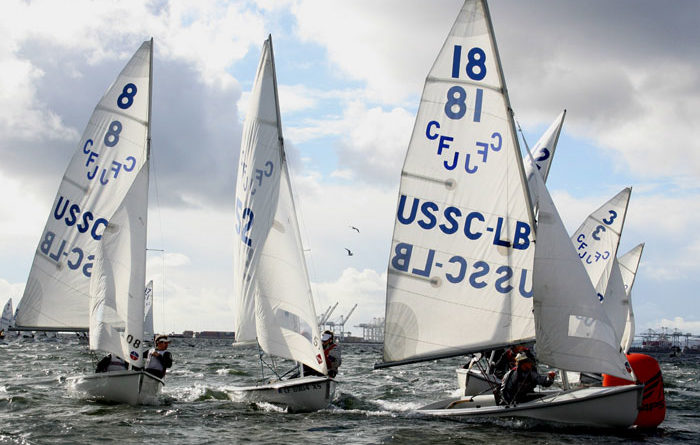 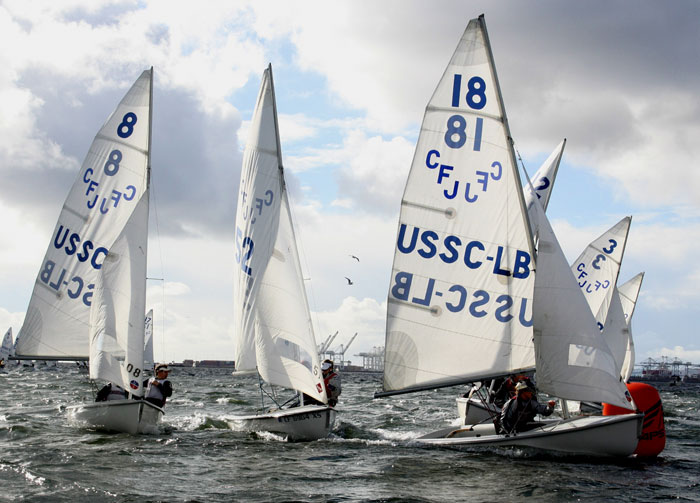 LONG BEACH — Contrary to forecasts, there was no precipitation on the windup of the 28th annual Rose Bowl Regatta Jan. 6 off Long Beach. However, there were more roses raining down on Stanford University’s sailors after they came from behind to steal the championship from College of Charleston.

Even the Cardinal football team didn’t make it that dramatic in beating Wisconsin 20-14 in the Rose Bowl football game four days earlier. The sailors had to make up 13 points in only four races to overtake the Cougars from South Carolina, which they did with finishes of 11th (oops), second, third and first among 30 teams.

The worst news for frustrated rivals: the four Varsity sailors — Kevin Laube, Kiernan Chung, Haley Kirk and Michelle Catania — are a junior, two sophomores and a freshman, in that order.

It was a chilly but picturesque day, with bright sun ducking in and out of large lumbering clouds, pushed along by a shifty 11-knot westerly breeze stirring modest whitecaps, and a silhouette of Santa Catalina Island 22 miles offshore.

As with Stanford, all of Charleston’s crew from South Carolina hailed from Southern California, as did several other of the East Coast schools’ competitors. Charleston’s A-Team had skipper Jake Reynolds with crew Katie Dowling; its B-Team alternated skippers Jack Jorgensen and Ryan Davidson with crew Kyle Sutter.

Point Loma’s unrivaled success in recent years has been under coach Steve Hunt, 37, whose team of 33 sailors runs so deep that he also entered two junior varsity teams. One of them placed eighth, led by Will LaDow, who won his class at the Orange Bowl Regatta in Florida a week earlier.

How long can the Pointers go on like this?

“I think success breeds success,” Hunt said. “It’s the largest team I’ve had. We get 15 boats on the water in practice.”

The event was based at Alamitos Bay Yacht Club, hosted by the USC Sailing Team and organized by the US Sailing Center of Long Beach.