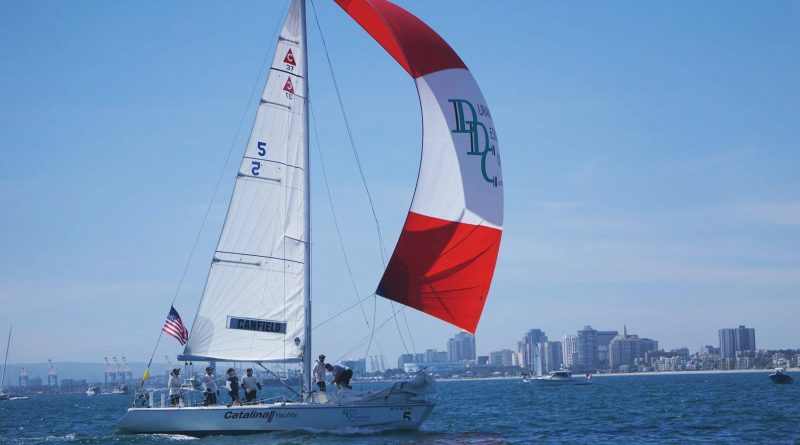 Regatta had been moved from April to October, but Long Beach Yacht Club won’t host year’s event after all.

LONG BEACH—The 2020 Congressional Cup regatta has officially been canceled, Long Beach Yacht Club announced on June 11. The regatta was originally scheduled to take place in April, but organizers postposed the race to mid-October due to the Covid-19 pandemic.

Persistent challenges, however, mean the Congressional Cup won’t be happening this year, after all. Long Beach YC confirmed the international regatta would return in 2021.

“The myriad of challenges to offering healthy and enjoyable world class events proved insurmountable, and after a lengthy effort by our volunteer organizers we regrettably determined we must cancel both the Grade One Congressional Cup and Grade 2 Ficker Cup,” Congressional Cup Chair Cheri Busch said in a released statement.

Ongoing travel restrictions played a major role in the cancelation of the 2020 Congressional Cup.

“As a Grade One match race, the Congressional Cup hosts an international field of top-ranked sailors and race officials, and ongoing travel restrictions in part, forced abandonment of the event,” Long Beach YC staff said in a released statement.

Organizers reportedly looked into hosting the event at other venues or on other platforms. Once possibility considered: featuring matches aboard a fleet of Solings.

This year’s Congressional Cup was originally scheduled to take place April 28 to May 3. Ian Williams (Great Britain) hoped to defend his Congressional Cup title this year; he is a four-time winner of the Crimson Blazer (2011, 2012, 2017, 2019) and six-time match racing world champion.

The Congressional Cup was founded in 1965 and is hailed as the “grandfather of match racing.” It is the world’s oldest continuously held match racing regatta.

The top two finishers of the Ficker Cup fill the final two invitations of the Congressional Cup.