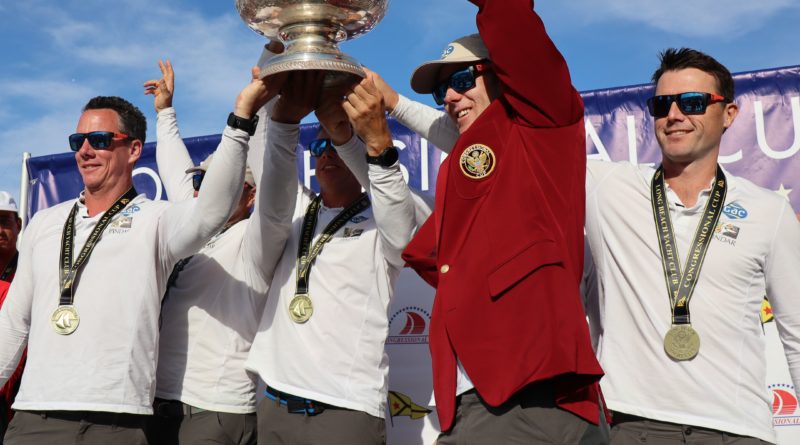 LONG BEACH—The British have come, and they are taking the Congressional Cup with them – again.

A five-day sailing series pitting the United States against Great Britain resulted in the island nation on the other side of the pond winning this year’s Congressional Cup. Ian Williams (Great Britain) and Team GAC Pindar defeated Scott Dickson (USA) to capture the team’s fourth-ever Congressional Cup, April 7.

Williams said he started off slow, placing sixth at the end of the first day of racing, but eventually picked up the pace.

“We were not really on our game on Day One,” Williams noted. “I haven’t sailed in a monohull since this regatta last year. But it’s always about just being good enough to get through. As long as you get through each round, and build momentum; that’s how match race regattas work. It’s not how you start, it’s how you finish.”

Williams joins Gavin Brady, Canfield, Rod Davis and Peter Holmberg as four-time Congressional Cup winner. No one has ever won the cup five times (or more).

Long Beach established the Congressional Cup in 1965; it has since been hailed as the “grandfather” of match racing. More information about the regatta is available online; visit www.thecongressionalcup.com.