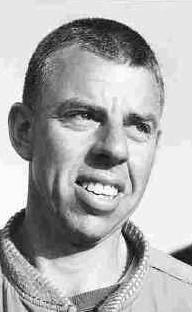 Conn Findlay is remembered as great friend and athlete, one of only a few competitors to medal in two distinct sports, rowing and sailing. National Sailing Hall of Fame photo

Findlay rowed at the University of Southern California as a senior in the 1953-54 season and was USC’s oldest living Olympic gold medalist.

Findlay was one of the few competitors to medal in two distinct sports, rowing and sailing. Findlay won gold medals in the coxed pair rowing events at the 1956 Melbourne and 1964 Tokyo Olympics, and a bronze at the 1960 Rome Games. At the 1976 Summer Olympics sailing events, Findlay crewed for Dennis Conner to win a bronze medal in the Tempest two-man keelboat class.

“Conn’s greatness as an athlete and as a friend was his utter self-reliance,” said Ed Ferry and Kent Mitchell, Findlay’s partners in the 1964 Olympic Gold Medal Coxed Pair, in an online tribute posted on row2k.com. “He was a self-starter and a self-finisher… never asked anyone for help… did it himself… his way.”

AP reported he went on to serve as freshman rowing coach at Stanford and became varsity coach in 1959, holding that position for several years. He later operated a boat leasing business, according to AP.

“He always kept it positive, he didn’t dwell on the negative,” stated Doyle in his nomination. “When things would get crazy, he would quietly come up with solutions. He never brought his ego to the boat; he could get the best out [of] everyone, no matter how dire the circumstances.”