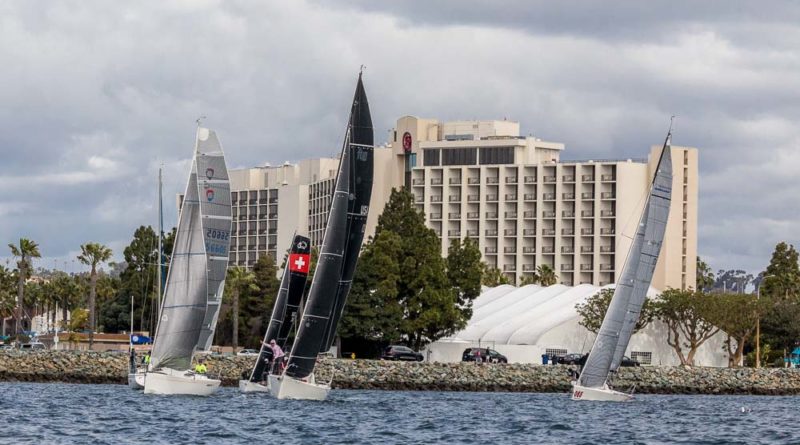 SAN DIEGO—College basketball’s championship tournament season is around the corner, which means it’s time for the March Madness Regatta, hosted by Cortez Racing Association. The regatta will be held March 14 on San Diego Bay and is open to all members affiliated with a US Sailing organization.

One-Design classes will comprise of five or more entries.

Two races are scheduled as part of March Madness Regatta. The first race’s warning signal will be at 11:55 a.m. A warning signal for the second race, according to Cortez Racing Association staff, “will be as soon as possible after the completion of the previous race.”

The final warning signal will be given at 3:30 p.m.

All eligible boats must register online (www.cortezracing.com) by 6 p.m., March 13.

Sailing Instructions and the course chart will be available online by March 13 at 5 p.m.

“The starting area is in the vicinity of the half-mile marker mid-Harbor Island,” the Notice of Race stated about the regatta’s start line. “The racing area covers the general locale known as San Diego Bay. For navigation, refer to NOAA Chart #18773, San Diego Bay.”

A post-race party will be held at Fiddler’s Green Restaurant, located at Shelter Island, immediately after racing. Classes with two to four boats would be eligible for one prize. Two prizes would be up for grabs in classes of five to seven boats. Those classes with eight or more competitors will be eligible for three prizes.

“Each boat’s score shall be the total of her race scores,” the Notice of Race stated. “No score shall be excluded. PHRF ‘RLC’ ratings will be used as the default for scoring all races and to determine class breaks. However, the PRO may elect, on a race-by-race basis for each class, to use the ‘buoy’ ratings, should conditions permit. PHRF non-spinnaker offsets will not be used for scoring.”

Contact the Racing Committee chair at sailorcookie@cox.net or 619-852-5010 for more information about the regatta.