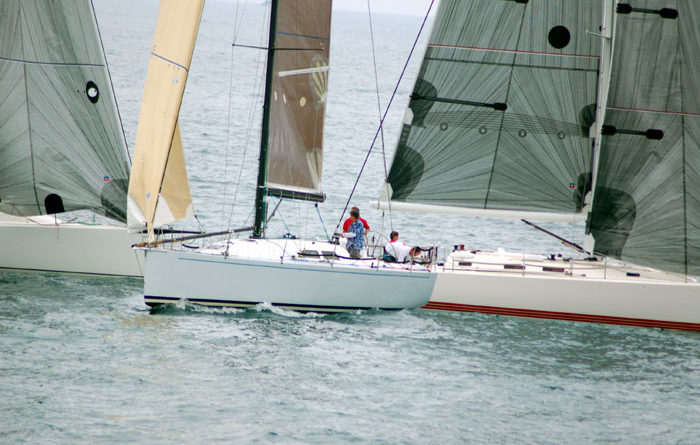 “The Crew of 2 Around Catalina is South Shore Yacht Club’s signature double-handed 90-nautical mile race around Catalina with a maximum of two skippers on board. A shorter 67-nautical mile course around Ship Rock is also offered,” according to the South Side YC website. “New for this year, we will be posting lists of ‘boat owner looking for co-skipper’ and ‘co-skipper looking for boat owner/skipper’ lists to help increase participation.”

Classes A, B and C for the Ship Rock course will begin at 11 a.m on July 14, followed by the monohull classes for the Catalina Island race at 11:05 a.m.

ORCA Class catamarans for both courses will begin at 11:10 a.m.

South Side YC reported 16 teams – 11 for around Catalina Island and five for around Ship Rock – had already registered (as of press time).

Those with questions or comments can also reach South Shore YC at 678-296-4970 or hb_sailor@yahoo.com. Visit southshoreyc.com for more information about the regatta and yacht club.