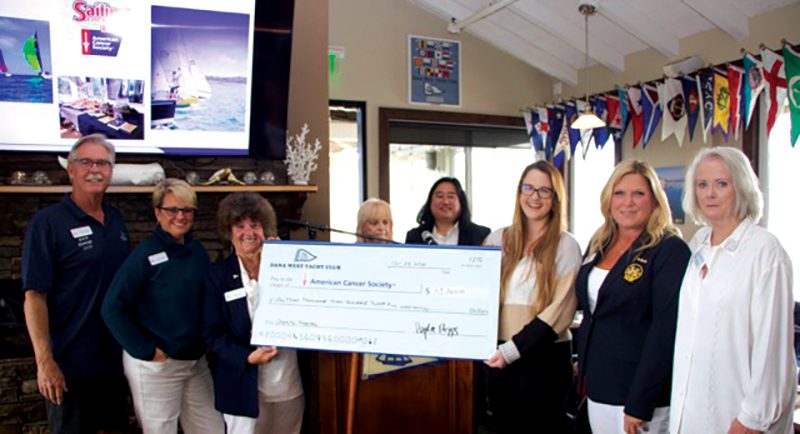 DANA POINT一 Dana West Yacht Club presented a $53,325 check, raised during the club’s June charity regatta, to the American Cancer Society at their general membership meeting in October. The event had three days of racing. June 4 was the Newport to Dana Point race, June 5 Random Leg races, and Bouy races, and another set of Random Leg and Bouy races were on June 6. The 24th annual event broke several of the club’s previous records, with boaters raising over $12,000, and a single boat, the Tomol skippered by Griesbach and Langan, bringing in $3,800, breaking the previous $2,000 record. The club held an online auction that ran through June 12 to raise the rest of the money.