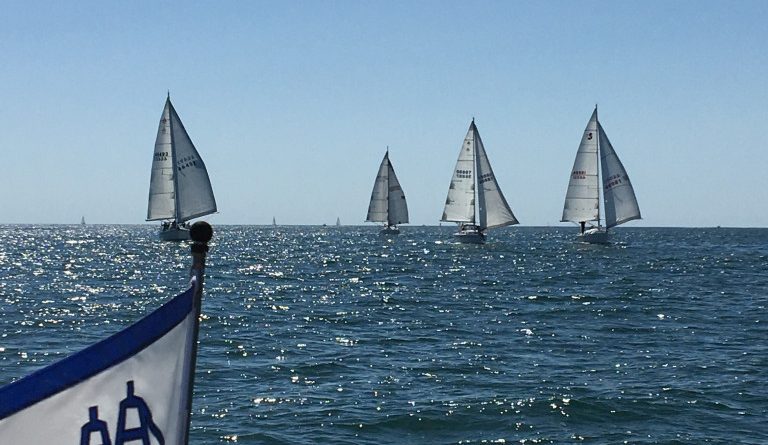 Dana West Yacht Club will host its annual charity race from June 4 through the 6.

The regatta is open to boats in the PHRF monohull class and accepted One-Design classes, boats must be over 21 feet in overall length and have a current rating and certification for the class entered. Any boat without a rating will be assigned one.

The race is governed by the Racing Rules of Sailing and every boat entering must complete an entry form and pay the entry fee of $90 for US Sailing Members or $95 for non-members, by June 2, there is a $20 late fee for entries after this date.

There will be daily prizes and perpetual prizes handed out on Sunday, June 6. A boat’s series score will be the total of its race scores, scores will be determined using Appendix A4.

The charity regatta is in its 24th year and third year of benefitting the American Cancer Society.

The regatta started in the 1990s to benefit the Leukemia Society, in 2013 the society chose to focus its resources on one event in Southern California and Dana West moved on to other charities.

Between 2013 and 2018 Dana West Yacht Club worked with several charities including the Wounded Warriors Project before choosing to raise money for the American Cancer Society three years ago, according to Roger Salway, former race chair and director of the Dana West Yacht Club.

“It’s been benefitting various charities, in the past, it used to be a part of the Leukemia Society,” said Salway. “In 16 years, we raised $1.7 million.”

In 2020 the regatta was canceled because of COVID-19 but the club still managed to raise $13,000 for the American Cancer Society through wine tasting and a silent auction.

The club is looking for pledge sheets from entering competitors to benefit the American Cancer Society, the last day to turn in a pledge sheet is June 5, by 5p.m.