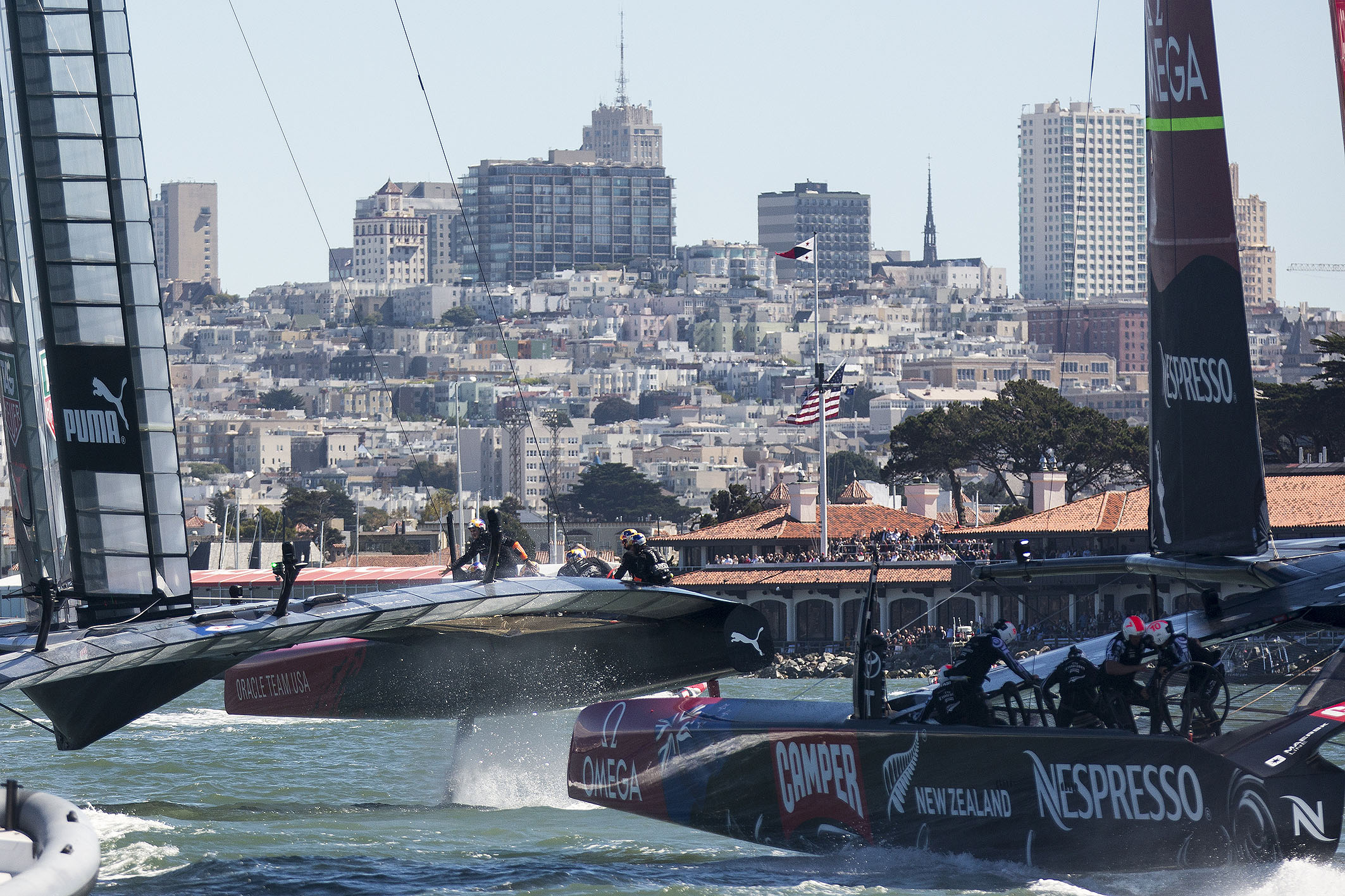 LOG NEWS SERVICE — The new version of the America’s Cup Class Rule, which will produce a foiling, wingsailed catamaran in the 60-65 foot range, is on schedule to be released in March, according to a statement posted  Feb. 11 on americascup.com.

The Protocol for the 35th America’s Cup, which defines rules specific to this event, is also on track for a March release. “We’re working with the challenger of record from Hamilton Island Yacht Club to have a Protocol ready to issue in March,” said Russell Coutts, CEO of Oracle Team USA.

“An overriding theme of both documents is an effort to reduce costs and increase media exposure, so that teams can provide a better return to their sponsors for significantly less money than was required last time.”

The selection of the venue for the 35th America’s Cup is likely to stretch into summer. Several venues are now under consideration — including San Diego — because San Francisco officials haven’t offered the same terms they did for last summer’s regatta.

“We need to take the time to assess each potential venue and ensure we get the best possible outcome for the America’s Cup, the teams and the event (are) commercial partners.” Coutts said.

The 35th America’s Cup will be the second consecutive time that successful sailor, designer and engineer Melvin of Morrelli & Melvin Design and Engineering Inc. of Newport Beach has been tasked with coming up with the class rule that defines the type of boat raced in the America’s Cup.

“We’ve already started to re-write the rule,” Melvin said. “We’ve had a lot of input from the different teams around things like safety, size and cost that they would like to see. And the measurement committee from the last Cup has given input on the way the rule should be written to make it easer to measure and administrate.”

“We are looking at concepts that are similar to the AC72 — a foiling cat with wingsail. The consensus from teams is that this was a good concept and we want a smaller version in the 60 to 65 foot range

Melvin said there is talk of making some aspects of the boat one-design.

“We believe significant cost reductions could come from making some items one-design. We’re looking at making parts of the wing one design, so that the teams could share tooling, for example. There are other areas where that one-design concept could work as well,” he said.

“The America’s Cup has always had a large emphasis on design technology and there’s no desire to change that. But there is a desire to reduce the costs of design and construction. So there are areas where it’s interesting to allow design innovation and there are others where you can throw a lot of design resource at something but won’t see a lot of performance differentiation. So those might be areas where one-design makes sense.”