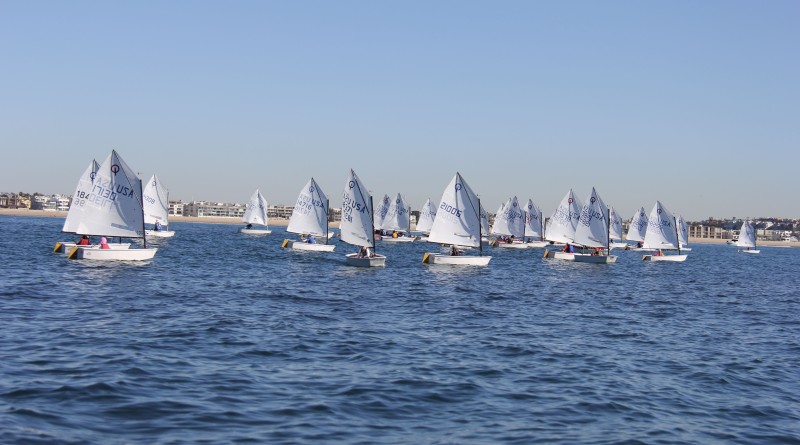 The one-design race is designed for kids from 5 to 15 years old. More than 70 kids participated in the race sailed in Optis.

While the conditions were light and variable the kids we treated to a show by the local grey whale migration that did not disappoint, according to Regatta Chairman David Ross.

“The weather was beautiful and the show put on by the pod of whales both Saturday and Sunday did not disappoint,” Ross said.

The top five racers for each race category are as follows:

LOS ANGELES — Racers were met with a foggy start as a thick marine layer stuck around for the first half of Los Angeles Yacht Club’s Mid-Winter Catalina Island Race earlier this month.

The wind filled nicely for the start and built to 12 knots by the West End of Catalina Island. Unfortunately, the wind did not hold up and died down at the back side of the island, and patches of light wind could be found throughout the course.

The lead changed several times in both PHRF A and PHRF B divisions, according to Los Angeles YC Commodore Carol Armitage.

The battle between Zephyrus and Medicine Man was not decided until the Los Angeles Harbor entrance.

“As we neared Angels Gate, the wind completely shut off, and Medicine Man caught up again,” as reported by Zephyrus navigator John Jourdane. “From the L.A. entrance to the finish line we had zero knots of wind, but luckily the tide was coming in, and carried us across the line, just a short time ahead of Medicine Man.”