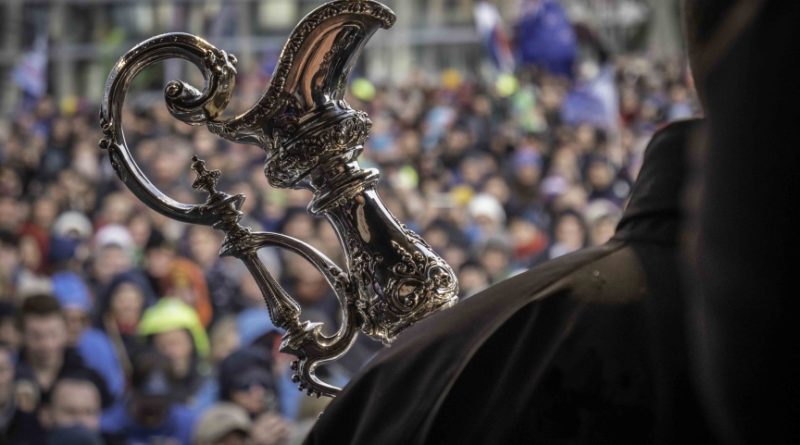 WELLINGTON, New Zealand (LOG NEWS SERVICE) — A sixth challenge has been accepted for the America’s Cup, which will be contested for the 36th time on Auckland’s Hauraki Gulf from January to March, 2021.

The new syndicate joins challenger of record Luna Rossa of Italy, American Magic and Stars & Stripes Team USA from the United States, INEOS Team UK from the United Kingdom and the Altus Challenge from Malta.

Emirates Team New Zealand said in a release: “This is really positive news for the Auckland event in 2021. The reality is, the more teams that race in the Prada Cup Challenger Selection Series, the greater the spectacle on the water and the better the economic return off the water for Auckland and New Zealand. This has always been the overarching objective of Emirates Team New Zealand since we won the America’s Cup.”

The challenger fleet is the largest since 2007 when 11 teams competed for a chance to challenge the defender Alinghi at the 32nd America’s Cup in Valencia, Spain. And it may not be over yet as rumor has it one or more other late applicants could be accepted for what is recognized as the sport’s oldest trophy, first contested in 1851.

In August of that year the schooner America, representing the New York Yacht Club, humbled 14 British yachts in a race around the Isle of Wight in the United Kingdom for what then was called the 100 Guinea Cup. It was renamed the America’s Cup after the yacht and was donated to the NYYC.

Reports from The Associated Press were used in this story.