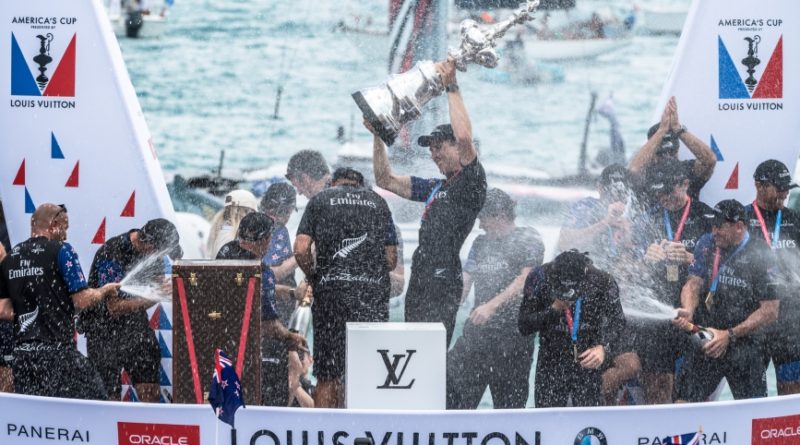 Emirates Team New Zealand won the 35th edition of America’s Cup, held this year in Bermuda, on June 25; the Kiwis, who edged out Oracle Team USA, will now defend its championship during the 36th America’s Cup in 2019.

ORACLE TEAM USA started Race Nine with a lead during the first mark, but Emirates Team New Zealand dominated the rest of the way, crossing the finish line 55 seconds ahead of the Americans.

“We’re taking the America’s Cup back home to New Zealand,” he stated. “We’ve had to go through some incredibly tough times to get to this point. It has been an incredibly tough path to get past the rest of the challengers and then Oracle Team USA.

America’s Cup, which is competitive yachting’s biggest prize, was first contested in 1851. The schooner America won the first race.

Team New Zealand previously won back-to-back America’s Cup trophies in 1995 and 2000, but lost its bid for a third win in 2003 to the Swiss.

Switzerland defeated New Zealand at the next America’s Cup in 2007. The Swiss, however, failed to defend its trophy in 2010, when Alinghi 5 lost to the United States.

ORACLE TEAM USA was unable to keep the America’s Cup trophy in the United States.