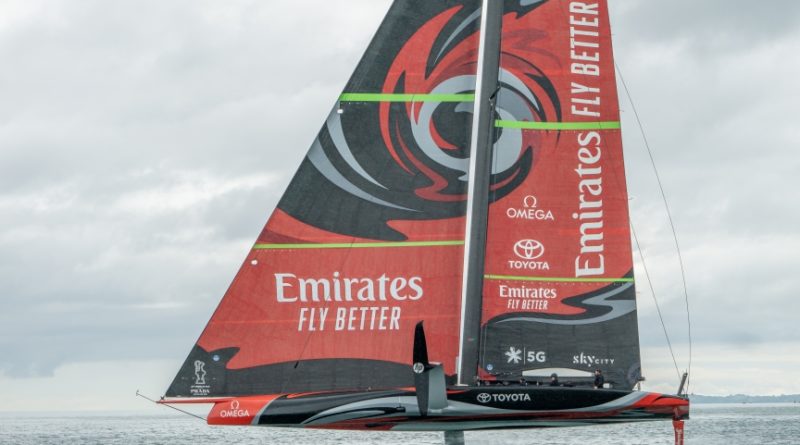 New Zealand, the country, eases some of its Covid-19 lockdown restrictions, allowing the defending America’s Cup champions to catch up on preparations for 2021 race.

AUCKLAND, New Zealand—The 2020 sailing calendar has effectively been wiped clean, with several major racing events canceled or postponed. Many of these events won’t return until 2021. One event, though, was already on hiatus this year – America’s Cup. The next edition of the quadrennial international race is not slated to return to the water until March 6, 2021, when five teams will spend two weeks competing against each other in Auckland, New Zealand.

The next America’s Cup might be nine-some months away, but the gap between now and March 2021 does not mean the event’s competing sailors will be relaxing amidst the global pandemic caused by the spread of the Coronavirus.

Those sailors would be using this time to practice and fine-tune their vessels, among other preparations.

The Covid-19 pandemic – and the associated lockdowns all around the world – has made it hard for the five competing teams to take those necessary steps to be prepared in time for next year’s race.

Emirates Team New Zealand, however, appears to be making some progress in its quest to defend its title, which was won in 2017.

The team shared a 1-minute, 47-second video on its website on May 19, with several members of the design and racing crews explaining how they are managing to stay sharp and work on the sailing vessel as New Zealand, the country, eases lockdown restrictions.

“It’s exciting times, really,” Scott Stokes, the build facility production manager, said, adding the team is adding new staff and bolstering its night crew. “We’re seeing, even in the first week back, some real good gains. It cheers everyone up, when they come back in the morning, they see some good progress from the night.

Jamie Timms, the senior structural engineer for Emirates Team New Zealand’s vessel, added the design team was actually equipped to work efficiently during lockdown. The team was able to use the time they had to realize everything the sailing team needed on the sailboat.

Guy Endean, a grinder with Emirates Team New Zealand, said there are elements of preparation that do not require the entire team to be together – and everyone is doing their part, accordingly, to be as prepared as possible without engaging in group gatherings.

“It’s just being in the gym and trying to keep each other motivated. To be working as hard as we can, knowing the boat will come back and we will be sailing again, so we have to be as prepared as possible,” Joseph Sullivan, another grinder with the team, said.