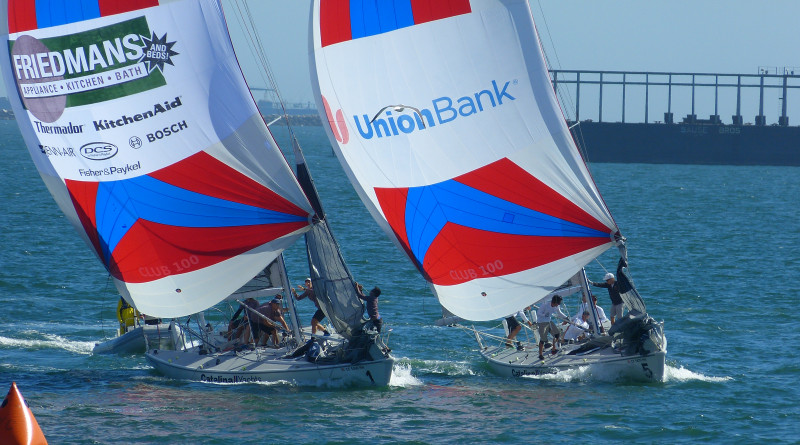 View the competition between high caliber skippers from the Belmont pier March 24-26.

Ficker Cup is the first of two back-to-back sailing events with boats that have a single hull. The top two skippers from this regatta advance to the Congressional Cup, the second of the monohull world class events leading up to the World Championship.

Johnie Berntsson from Sweden won the Ficker Cup last year, with Scott Dickson of the United States coming in second place. Scott Dickson is back in the race this year.

Eight skippers will compete in this 3-day sailing event. This year’s competing skippers include Harry Price from Australia and Vladimir Lipavsky of Russia. The teams from the United States will be led by Nevin Snow, Peter Holz, David Storrs, David Hood and Scott Dickson. The final skipper will be determined by the top contender in the California Dream’n Series.

“This will be a very tough event in terms of the high quality of skippers and crews,” Kirk Brown, Long Beach Yacht Club’s regatta management chairman, stated.

Crews competing in the Flicker Cup are provided with equipment and Catalina 37 sailboats.

Both the Ficker Cup and the Congressional Cup are hosted by the Long Beach Yacht Club and follow the same course.

The Ficker Cup was founded by the Long Beach Yacht Club in 1980 and named after William P. “Bill” Ficker. Ficker was the winning skipper of Intrepid in the 1970 America’s Cup. He was inducted into the America’s Cup Hall of Fame in 1993 and the Sailing Hall of Fame just last year.