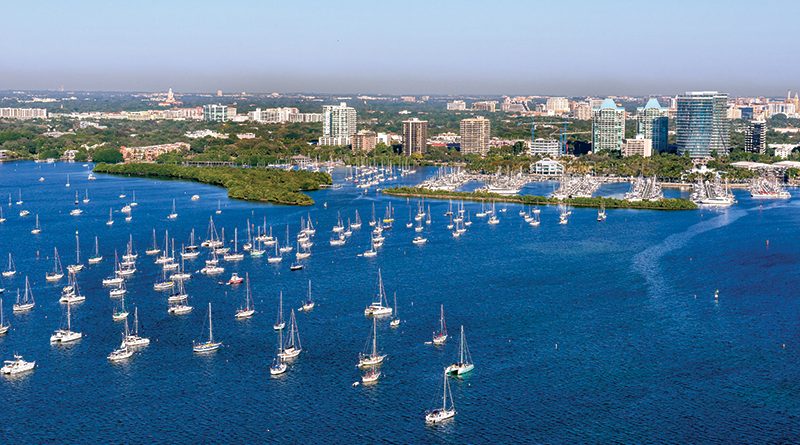 Coconut Grove Marina in south Miami Fl, will be the host of the 2023 Finn Gold Cup; 13 years after the last time America hosted the tournament. Shutterstock image.

MIAMI— Following the 2022 Finn Gold Cup in Italy, the world title for the venerable singlehander comes to the USA in 2023, to be hosted by Coconut Grove Sailing Club in Miami, Fl. The 2010 championship was the last time it was held in the USA with 86 competitors in San Francisco.

The Finn Gold Cup was presented to the International Finn Association by the late F. G. Mitchell of the Royal Corinthian Yacht Club, Great Britain, in 1956. It became the World Championship Trophy for the Finn Class. The Gold Cup is the most critical part of the history of the Finn Class. The foundation of the IFA on Aug. 23, 1956, in Loosdrecht, Holland was strongly influenced by the first Gold Cup in March or/and April 1956 in Burnham-on-Crouch in England. Thereafter, the Annual General Meeting of the IFA was generally at the time and place of the Gold Cup. Therefore, the sportive and administrative climax of each year coincided with the Gold Cups.