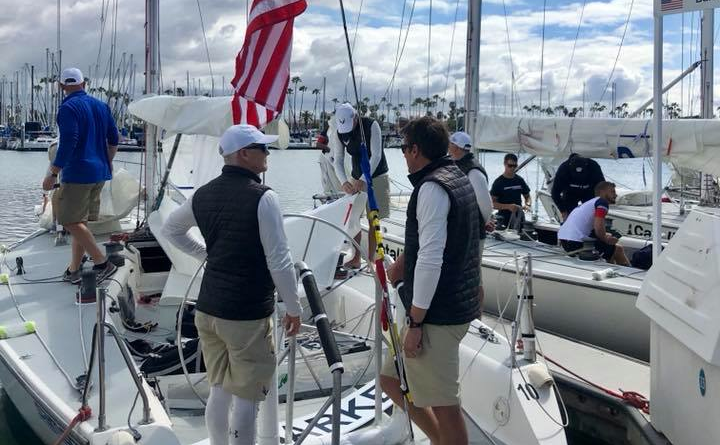 The four – who are among nine Americans on the sailing team list – include Caleb Paine (grinder), Andrew Campbell (Helms/Tactician) and Matt Cassidy (Specialist) from San Diego and Cooper Dressler (grinder) from Coronado.

Payne, 27, began sailing at age six in sabots at the Mission Bay Yacht Club. He was the United States’ only sailing medalist in the last two Olympics, taking bronze in 2016 in the Finn class in the Rio Games.

“It’s one of those things that every sailor dreams of, going to the Olympics and winning a medal and then being a part of an America’s Cup team and then maybe doing the Volvo Ocean Race,” Paine said. “This is one step closer to making all those dreams come true.”

Campbell, 34, was already sailing when his family moved from Toms River, New Jersey to San Diego when he was eight. He represented the U.S. in the Laser completion at the 2008 summer Olympics.

Cassidy, 40, learned to sail when he was seven years old in Harbor Springs,

Dressler, now in his late 20s, has been sailing since he was a young boy, learning the sport at the Coronado Yacht Club, which offered free lessons to children in the community.

American Magic, INEOS Team UK and Italy’s Luna Rossa Challenge are the only syndicates that met the June 30 initial entry deadline for the 2021 America’s Cup in New Zealand.

A late entry period will end Nov. 30, but teams must pay a $1 million late entry fee on top of other fees. A handful of other syndicates are interested in challenging. Among them is a group that has said it would be 100 percent American.

– A report from The Associated Press was used in this story.