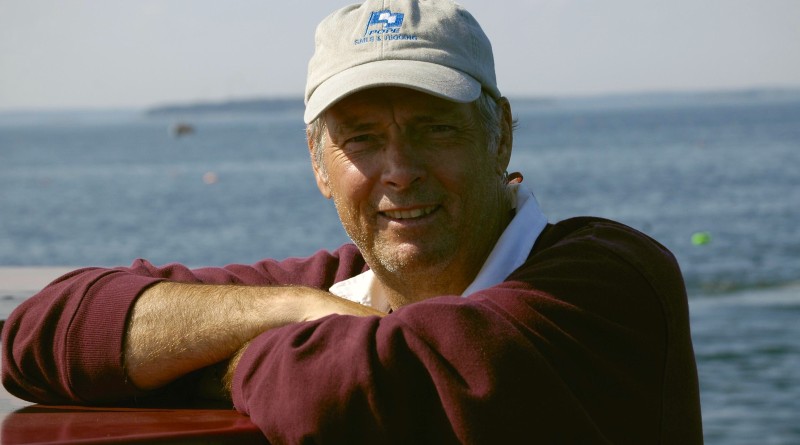 This year’s national regatta, which runs Dec. 2-4, comes to Newport Beach’s harbor after being held in San Diego, Long Beach, New York City and other locations.

“Every year Gary set up a program for the sailors that won or participated in the regattas and raised money, those sailors would go to some special place that he had and we would race against each other,” Bahia Corinthian YC’s Ted O’Connor, who brought Fantasy Sail to Newport Beach, told The Log. “He has picked Barbados or Bermuda or New York or San Francisco, Savannah, Florida, different locations each year for these racers to come together, race against each other.”

O’Connor, a fleet officer and staff commodore with Bahia Corinthian YC, said Fantasy Sail’s participants don’t just participate in a sail, but they also learn about where the money each yacht club raised has benefitted the latest breakthroughs in leukemia research and treatment.

Long Beach was originally considered to be this year’s Fantasy Sail host city, according to O’Connor. The national regatta came to Newport Beach, however, after O’Connor campaigned to bring Fantasy Sail to Orange County. Jobson ultimately agreed.

Bahia Corinthian YC will provide ten large sailboats for the regatta; each boat will have 10 participants. Multiple leg races will launch at noon on Dec. 3, with the start/finish area between Balboa Pier and Newport Pier.

A junior sail will be held Dec. 4; the larger boats will race Dec. 3. Participants will attend a cocktail meet-and-greet on Dec. 2. An awards dinner will conclude the weekend regatta.

Fantasy Sail weekend was spearheaded by Jobson, a world-famous sailor who serves as national chairperson of the Leukemia Cup Regatta. Yacht clubs raising the most amount of money at their respective Leukemia Cup regattas are invited to participate in Fantasy Sail.

Jobson also participates in Fantasy Sail, hopping from boat to boat during the race.

“If you’re behind, he’ll get on board to help you catch up,” O’Connor said.

The Leukemia Cup Regatta launched in 1988 as part of a Leukemia and Lymphoma Society initiative to raise funds for cancer research. Jobson became chair of the national regatta series in 1993.

Bahia Corinthian YC was founded in 1958. It is located at 1601 Bayside Drive in Newport Beach’s Corona Del Mar. The club held its own Leukemia Cup Regatta in June.