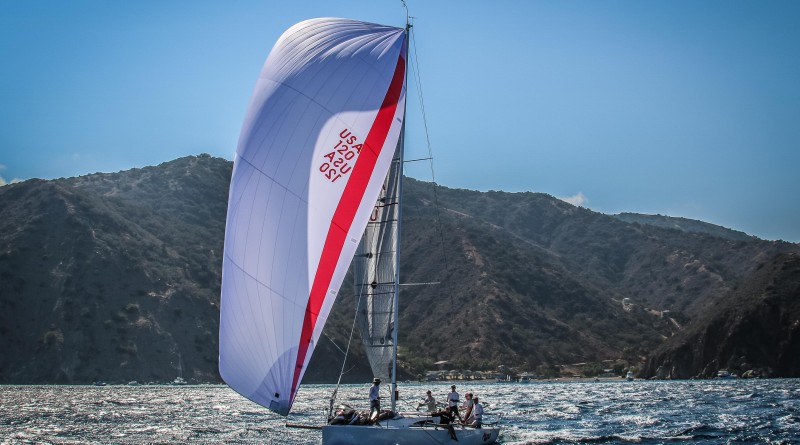 SAN PEDRO ― As spring season is in full bloom, competitive sailors are taking the helm and racing in the fourth season of the George Griffith Series. Los Angeles Yacht Club (LAYC) is not only hosting this event; the yacht club’s teams are in the lead after the first of three races.

The first race took place on March 25. The next race is set for April 22, and the final race in the series is on May 6.

With sunny skies and strong winds, 21 sailboats had great sailing conditions as they competed in the first race of the series.

Encore 2, a Dubois 50 with skipper Bart McEntire, placed first in PHRF A. Randy Austin’s Cal 29, Canard, came in first for the cruising class. Both of these sailing teams, at the top of the leader board, are representing LAYC.

The other two yacht clubs with teams in the series are Cabrillo Beach Yacht Club and Buccaneer Yacht Club.

The completion of each race is celebrated with a party and trophies at the LAYC.

The series is named after renowned sailor George Griffith, not to be confused with the actor or the author. Griffith was a past commodore and member of LAYC, Transpacific Yacht Club and Cruising Club of America. He is also known for helping to design the Cal-40. Griffith was doing what he loved when he passed away in 2012, sailing home to Long Beach from Catalina on his boat.

For more information on the series and complete results, go online.