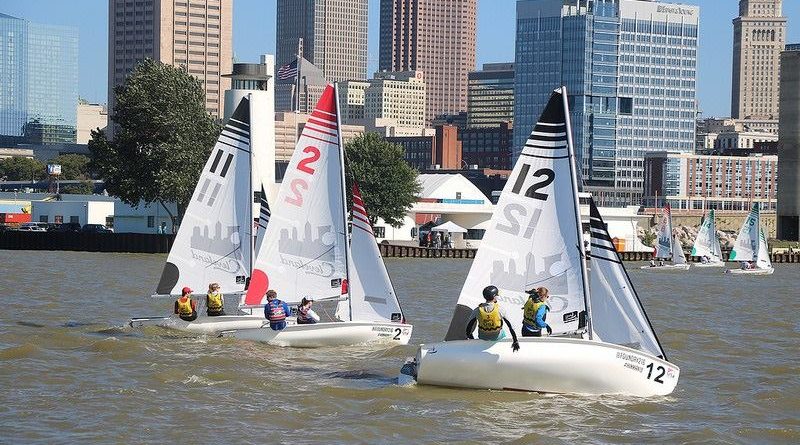 NEWPORT BEACH—Sailors will compete against each other in CFJ Class type sailboats for the George R. Hinman Trophy as the U.S. Team Racing Championship comes to Newport Beach Harbor, Aug. 16-18. Newport Harbor Yacht Club will host the regatta; U.S. Sailing is designated as the organizing authority.

The yacht club will provide CFJ Class sailboats for all entrants. Class rules will not apply in this regatta, according to the Notice of Race.

“Each competing team shall consist of three skippers and three crew. Teams shall wear identification bibs supplied by the Organizing Authority outside of their PFDs,” the Notice of Race stated. “Teams shall provide their own red protest flags (at least 3). Each flag shall measure at least 8 inches by 8 inches. Each team’s red flags shall be inspected and approved by the Chief Umpire or an appointed representative at check-in.”

The minimum crew weight is set at 870 pounds.

The regatta will feature between 12 and 16 teams competing in the regatta. Winning teams will be invited to compete in other regattas. Those regatta invitations include: Midwinter Team Race, Wilson Trophy, College Team Racing Nationals, Charles River Team Racing Open and a West Coast Event (yet to be determined).

All teams must pay the entry fee of $1,400; included with the fee are breakfast and lunch for both days of racing, as well as one dinner. Housing will not provided.

“The winning team will be presented the George R. Hinman Trophy,” the Notice of Race stated. “U.S. Sailing medals for permanent possession will be awarded to the top three placing teams. The highest finishing U.S. team (all team members possess U.S. passports) will be named United States Team Racing Champions.”