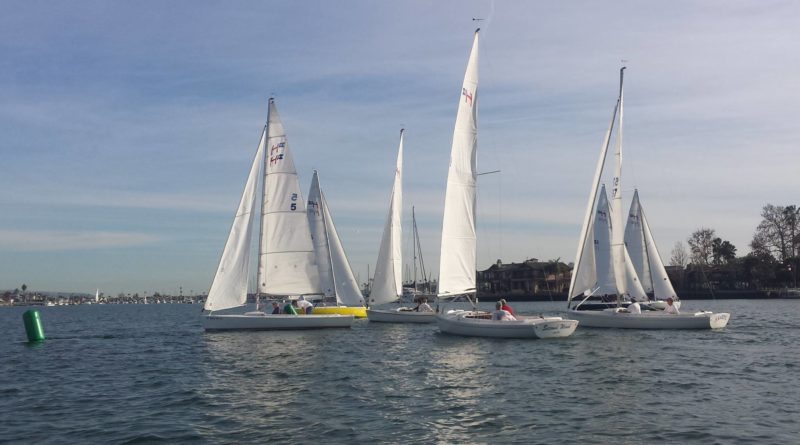 The race on Feb. 2 will be the fourth and final race in the series.

NEWPORT BEACH—Newport Harbor Yacht Club will host the fourth and final race in the H20 Winter Series on Feb. 2.

The race is open to all Harbor 20 boats. There will be three divisions, A, B, and C, with three boats required to come to the starting area for each scheduled race in order to constitute a division eligible for a separate start.

The scheduled first warning signal is noon on Feb. 2. The time limit for the first boat to finish will be one hour. Boats which fail to finish within ten minutes after the first boat in their class will sail the course and finishes will be scored Time Limit Expired (“TLE”) without a hearing.

Races will be conducted in the harbor north of the NHYC Main Dock. The courses for all classes will be windward-leeward type courses or any variation of a triangular or other course.

After racing on Feb. 2, overall trophies will be awarded at NHYC. The Ted Munroe Perpetual Trophy will be awarded to the overall winners of the Harbor 20 A, B, and C classes.

Visit nhyc.org for the online entry form and sailing instructions. Any change to the schedule of races will be made by 8 p.m. on Feb. 1.