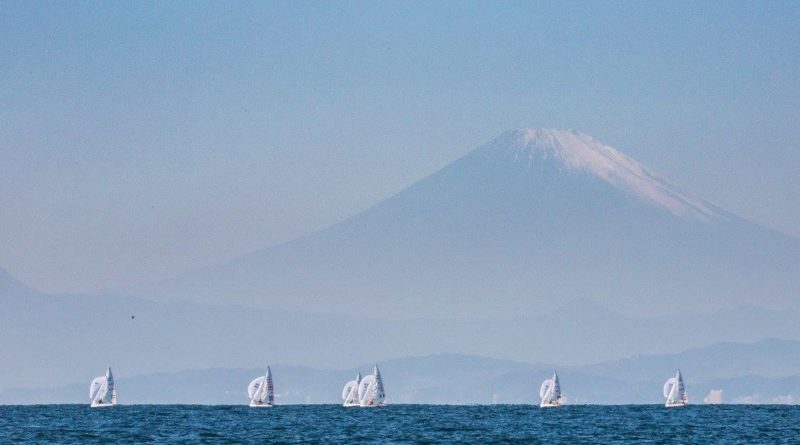 Only two of five medal races were completed on final day of sailing; seven SoCal sailors competed in Enoshima.

ENOSHIMA, Japan—This year’s Hempel World Cup Series in Enoshima, Japan, came to close on Sept. 1, with seven sailors from Southern California competing in the international sailing event. Only two of the five medal races scheduled to take place on the final day of racing took place, meaning there were podium finishes based upon cumulative standings of the 10 earlier races.

Finn, Laser and Laser Radial medal races were all canceled; standings from the qualifying races were used to determine who would take the podium.

Sailing conditions were not favorable on the final day of racing, what with light winds and, according to a U.S. Sailing statement, “speeds too slow for racing.”

San Diego sailor Caleb Paine, who was the only American to finish with a medal in sailing at the 2016 Summer Games in Rio de Janeiro, Brazil, finished in 11th place for the Finn class at Hempel.

Newport Beach’s Charlie Buckingham competed in the Laser class and had an 18th place finish.

Paris Henken out of Coronado settled for 20th position in the 49erFX class; Henken was partnered with Anna Tunnicliffe-Tobias (Pittsburgh, Pennsylvania).

Luke Muller of Ft. Pierce, Florida, finished one position (tenth) ahead of Paine in the Finn class.