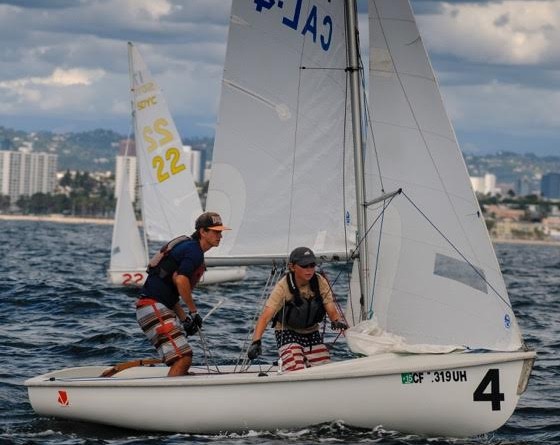 Close to 300 young sailors will compete in the Junior Olympics Festival’s regattas that will be held at California Yacht Club July 14-17. Cal YC photo

MARINA DEL REY — After a four year hiatus California Yacht Club will once again host the U.S. Sailing Junior Olympics Festival, July 14-17. The festival promotes the enjoyment of sailing and development of skills to young racers as well as provides an Olympic pathway for junior sailors.

The club expects about 300 young sailors, ranging in age from 8-18 years, who will compete in Lasers, Radials, CFJs, C420s, 29ers and Optimist Championship and Green Fleets, over three days on two outside courses and one inside course for the Optimist Green Fleet.

This event draws junior sailing stars, some of whom have already earned regional, national and international titles.

According to event organizers at Cal YC, the club will provide an “Olympic style atmosphere” with an Opening Ceremony scheduled for 6 p.m., July 14 and an official Closing Ceremony and medal presentation by World Sailing Champion and Olympic Silver Medalist Pease Glaser on July 17.

Junior Olympic Sailing is coordinated by U.S. Sailing, the governing body for the sport of sailing and sailboat racing, and sponsored nationally this year by Gill, Sperry and New England Ropes.