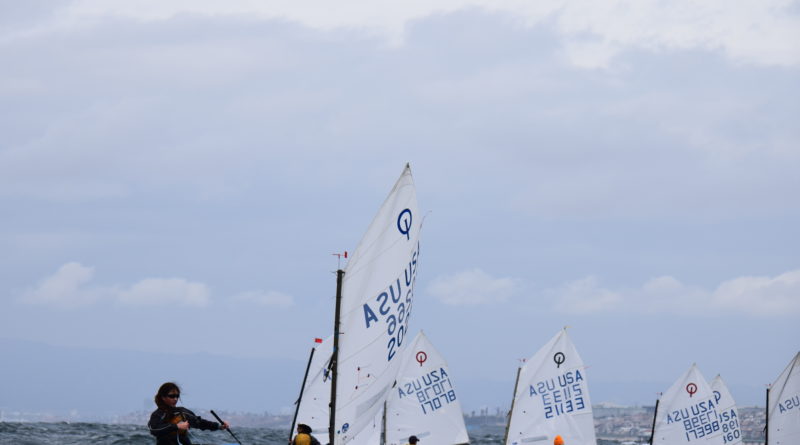 REDONDO BEACH — A total of 76 Optimist sailors spent two days on the water racing in a total of six regattas. Race participants helped make the Ken Hoover Memorial Regatta/Carrie #6 the biggest sailing regatta of the year in the South Bay.

For two days, Optimist sailors ages 8 to 15 sailed their hearts out in an attempt to top the scoreboard.

The weather proved challenging on April 25 with winds blowing 20 to 25 knots and a rain storm coming through in the afternoon. The Green Fleet attempted to race inside the harbor, but the 22 knot gusts at their start proved too much resulting in racers to abandon the first race and head back into the harbor.

The Championship Fleet, however, got off three races on the outside course on the ocean.

On April 26 Mother Nature provided a more comfortable 10 to 15 knots and plenty of sunshine. The Green Fleet completed 7 races inside the harbor, and the Championship Fleet completed 4 races.