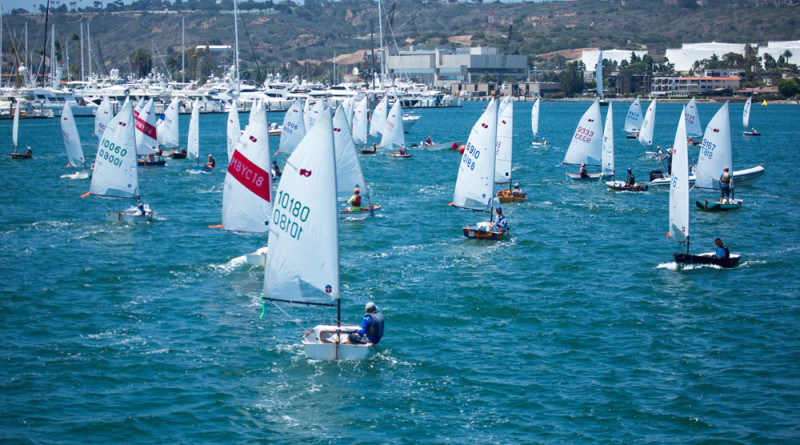 The young sailors sailed from Point Loma and made their way across the bay to Coronado. For three hours a swarm of small white sails could be seen throughout the bay as the sailors made their way from one point to the next, with a focus on placing in their respective classes.

San Diego Yacht Club’s Kelly Holthus was the overall winner in the 2015 event. There are four race fleets: A, B, C and Senior.

Sailors ages 7 to 77 competed in the historic event. Racers enjoyed pizza and refreshments at Coronado YC after the race.