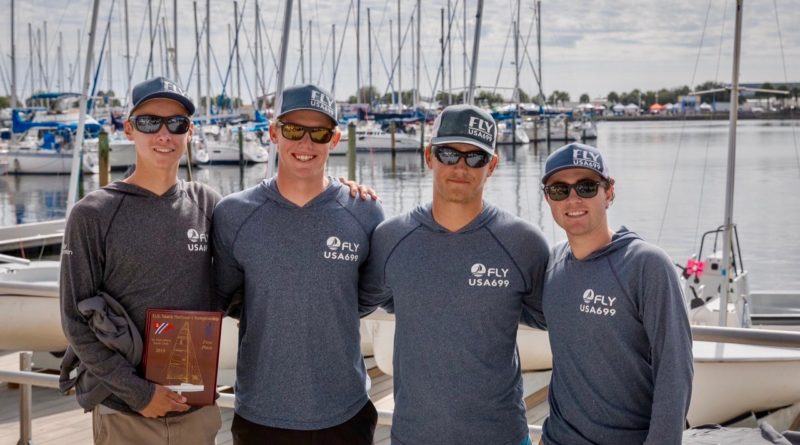 REDONDO BEACH—Apparently Redondo Beach can count yet another victory this month aside from the fight against corporate waterfront developers. Kyle Collins, Brock Paquin, River Paquin and Justin Zmina, members of King Harbor Yacht Club (KHYC), walked away from the second annual U.S. J/70 Youth Championship with a first-place trophy in hand.

The event took place over the weekend of Nov. 16-18 in St. Petersburg , Florida, and was hosted by St. Petersburg Yacht Club. Last year’s event, the first, was held in August in Newport, Rhode Island.

Youth sailing teams from across the country competed against each other in a series of 21 races over the course of the three-day regatta.

According to Scuttlebutt Sailing News, the KHYC Youth Team swept the competition with a 21-point lead.

Of KHYC’s first day of sailing, J70 Youths’ Facebook stated, “Starting off with a 2-1-1-1, there was no question the team from King Harbor YC in Los Angeles, CA were determined to set a high bar for the rest of the top youth keelboat teams from across the country.”

The post continued, “The regatta was blessed with a remarkable weather pattern that lasted the entire weekend. As the northeastern region of the USA got blasted by its first winter storm, the southeast region of the continent-spanning frontal system provided nice N to NE breezes for four days with gorgeous sunny skies.”