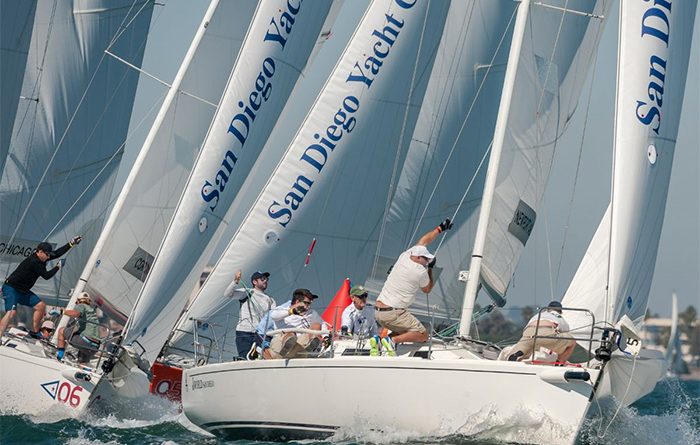 Covid-19 forces both sailing competitions to be taken off calendar for 2020; San Diego Yacht Club hopes to bring the events back in 2021.

SAN DIEGO—Two more regattas have been canceled this year, in the name of Covid-19. San Diego Yacht Club announced the formal cancelations of the 2020 Lipton Cup and 2020 International Masters Regatta.

This year was supposed to be the 106th running of the Lipton Cup. Racing was scheduled to take place Oct. 22-25, with J/105 class boats competing against each other in San Diego. Up to 12 teams can compete in the regatta; the teams are selected based upon timely responses to the “Invitation to Challenge” (in addition to general qualifications and fee payments).

The entry fee is $8,750, but it’s not clear whether the entire amount would be refunded back due to the cancelation. The Notice of Race stated $2,000 of the entry fee is non-refundable.

Newport Harbor Yacht Club won the 2019 iteration of the Lipton Cup. The Lipton Cup trophy is in Newport Beach, and will remain there until another winner claims the hardware – which won’t happen until 2021, at the earliest.

The International Masters Regatta was scheduled to take place at South San Diego Bay, Oct. 15-17. The regatta is also limited to 12 teams, competing against each other with J/105s.

The entry fee for this race was $1,300; it’s unclear whether this fee would be refunded to anyone who might have already submitted the payment.

The International Masters Regatta was established in 1975, by a member of St. Francis Yacht Club. San Diego Yacht Club has hosted the regatta since 2012.

Both regattas could return to the racing circuit in 2021, depending upon the status of the Covid-19 pandemic next year.