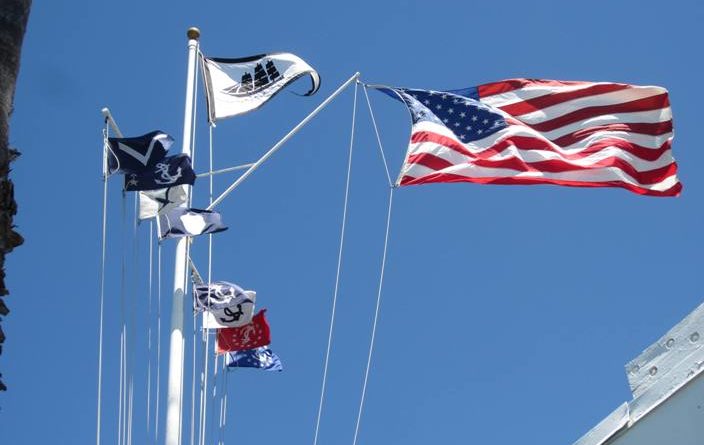 Members of the nonprofit sailing organization shared a brief history of Little Sails Fleet YC, pointing out what sets them apart from other yacht clubs in Southern California (and elsewhere, for that matter). The yacht club started in response to regattas being open to boats meeting established criteria on size and cruising accommodations. Non-class boats were only allowed to compete based upon arbitrary handicapping, founders of Little Ships Fleet YC believed.

“It all started with the idea of organizing a racing and cruising club for owners of non-class boats in the Long Beach area and originated in 1937 with six people,” the narrative provided by Little Ships Fleet Yacht Club. “At that time, non-class boats were not included in any of the Southern California yachting regattas. If you wanted to go racing, you were pretty much on your own!”

Organizers named the yacht club after a similar organization in Seattle: Little Ships Fleet of the Great Northwest.

Opening Day festivities will be held at the Alamitos Bay fuel dock, beginning at 9 a.m.