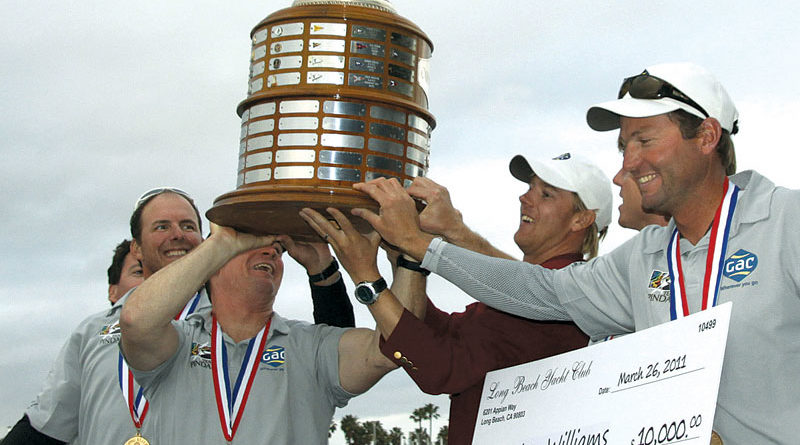 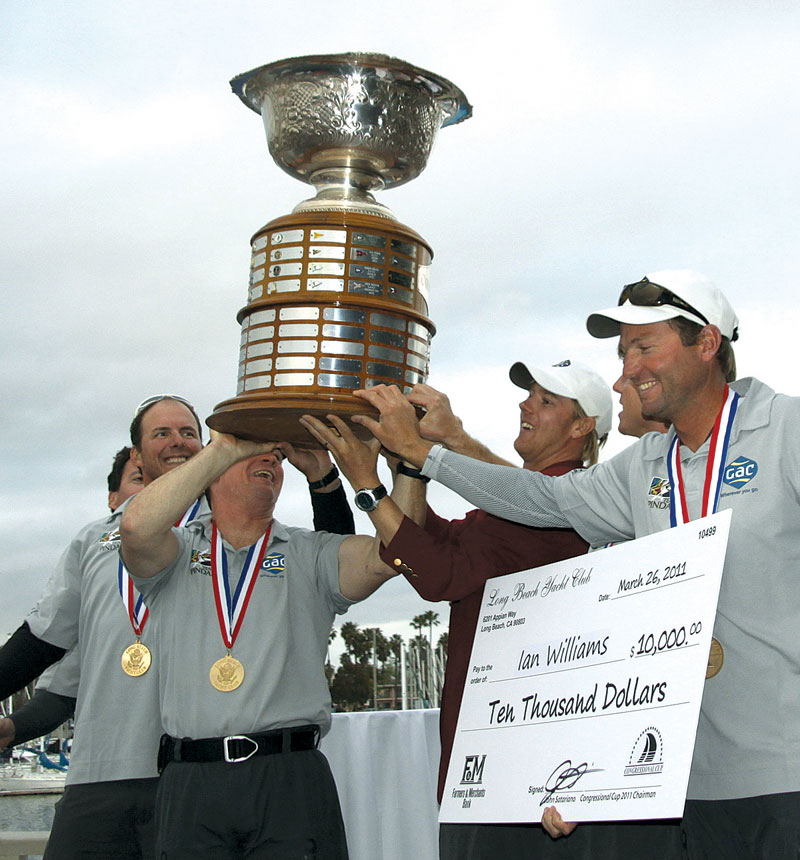 LONG BEACH — Break out the Union Jack. The world’s No. 1 match racer, Ian Williams of the United Kingdom, will return to defend his crown in Long Beach Yacht Club’s 48th Congressional Cup March 27-31 — but he won’t be the only sailing celebrity on the boat.

San Diego’s Bill Hardesty, America’s newly honored Rolex Yachtsman of the Year, will be at Williams’ shoulder again, calling tactics off the Belmont Veterans Memorial Pier — as he did all last season when their Team GAR Pindar won three of seven events on the World Match Racing Tour, to earn Williams his third title in five years.

“The 2011 season (was) a long one,” said Williams, who also competed on the international Extreme Sailing Series for 40-foot catamarans. “There were plenty of highs and lows, but overall, the year was probably my most successful since turning professional in 2005.”

All of the above are ranked by the International Sailing Federation based on their best four results in each of the last two years. Brady is barely ranked at 324th, because he competed in only three events during that period, but his collection of four Crimson Blazers — the traditional take-home prize — is equaled only by Rod Davis and Peter Holmberg.

This will be the first Congressional Cup for three skippers. Tiller won the 2011 Butler Cup but was runner up to Ferrarese in last year’s Ficker Cup, the Congressional Cup qualifier event. Jury was awarded a Congressional Cup berth by virtue of winning the 2011 Grand Slam, a series of four Grade 2 events held last summer on the East Coast. The winner of this year’s Ficker Cup invitational event March 22-24 will earn the 10th berth, following the Butler Cup finale of the California Dreamin’ Series for match racing aspirants March 17-18 — altogether, a “March Madness of Match Racing” in Long Beach.

The main event also has political support in this election year. The Long Beach City Council has proclaimed March as “Congressional Cup Month” in the city of 462,257.

Some 20 years later, weary of late-night protest hearings back at the club, then-Long Beach YC Commodore Pete Ives, with input from influential sailing leaders Tom Ehman and Gary Jobson, introduced on-water umpiring that revolutionized the game worldwide for competitors and spectators — as far up as the America’s Cup. Ives remains very much in the game. He’ll serve as principal race officer for all three events this month.

The event format will be two round-robin series, followed by best-of-three sail-offs among the top four teams.

Congressional Cup teams sail Catalina 37s with standard crews of six, including the skipper. The boats, designed and built by Catalina Yachts primarily for match racing, are owned and maintained by the Long Beach Sailing Foundation. They’re larger than most boats on the World Match Racing Tour, but bigger boats worked best for Williams last year.

“Interestingly,” Williams said, “in the events with five crew or more, we returned four wins and one third place from five events, whereas we were less successful in four-man boats. My style of match racing certainly suits the bigger boats.”

The race venue, within easy hearing distance of spectators on the pier, is in step with the times.

“That’s the standard these days,” Hardesty said. “Stadium sailing is kind of the norm. It’s a good way to get value for the sponsors.”