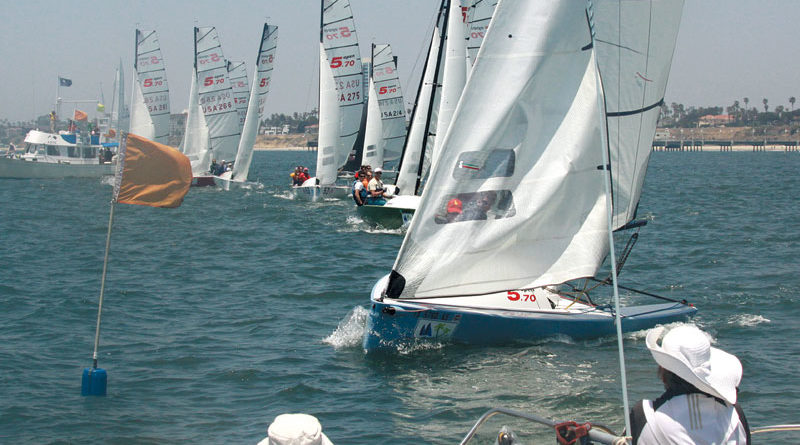 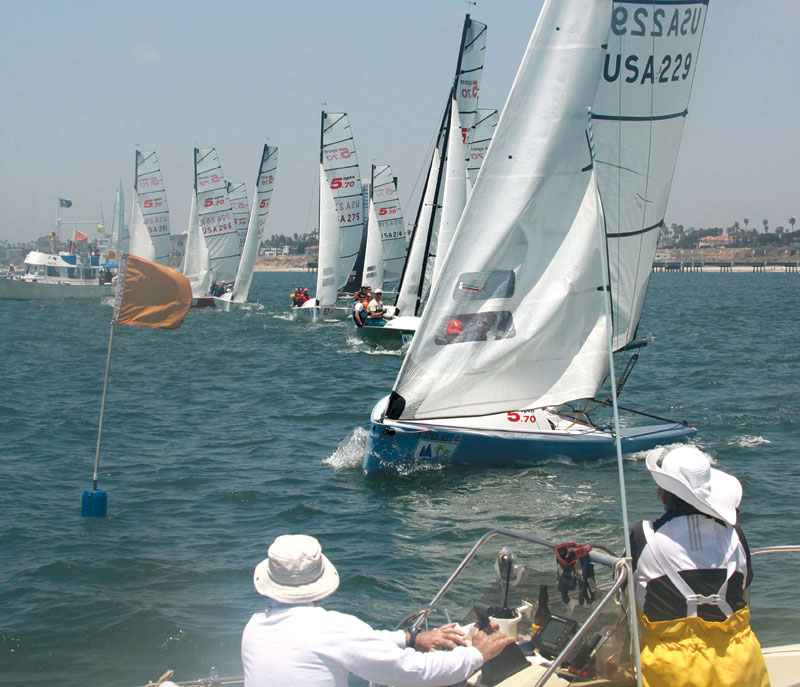 There will be racing among several classes on three windward-leeward courses inside and outside the Long Beach Harbor breakwater, plus the increasingly popular Random Leg fleet, sailing one long race each day well beyond the venue.

Long Beach Race Week’s slogan, “Race with the Champions,” remains especially appropriate. This year’s race will serve as the national championship for Olson 30s and Catalina 37s, the West Coast championship for Farr 40s and J/29s, the Pacific Coast Championship for Open 5.70s, the Southern California championship for Beneteau 36.7s and part of the SoCal high-point series for J/80s, J/105s, J/109s and J/120s, along with the Cal 25 Carl Kindrich Challenge Cup.

Nine Catalina 37s have been chartered from the Long Beach Sailing Foundation by amateur teams from as far away as Tacoma, Wash., and Scottsdale, Ariz. — meaning that one of the Congressional Cup boats is still available for the three-day weekend for $1,055.

There is always room for more offshore-type boats in the Random Leg fleet — which races not the conventional windward-leeward courses, but a longer, more scenic route of about 15 to 18 nautical miles off the coast.

“It depends on what the breeze is,” explained Bob Lane, whose Andrews 63, Medicine Man, won the Random title two years ago and lost out on corrected handicap time to David Team’s TP52, Rebel Yell, last year.

“One year, we went all the way down to Huntington Beach around the oil platform,” Lane recalled. “We’ve gone out the L.A. Harbor entrance … in and out the Queen’s Gate (off Long Beach).”

Over several years, Medicine Man has been upgraded and modified for ocean racing. In 1997, it held the Transpacific Yacht Race record for 2.5 days before larger, faster boats finished; and just last month, it won the 65th Newport-to-Ensenada International Yacht Race, only 12 minutes behind first-to-finish Bad Pak, but nearly nine hours ahead on corrected time.

But Lane feels his big blue boat is not quite right for closed-course racing. ?

“My boat goes to weather OK,” Lane said. “But if we get in a tacking duel, we’re gonna lose with the water ballast.”

The water ballast system, installed in 1999, requires shifting the load from one side to the other with every tack or jibe.             Nevertheless, the crew pulled off a remarkable move last year after getting trapped behind Rebel Yell and Javelin coming off the start line: a daring port tack in front of Javelin and behind Rebel Yell to clear its air and gain the preferred right side of the course.
Win or lose, everyone celebrates. True to the event’s tradition, there will be parties every night, with free transit by the Big Red Bus between Long Beach YC and Alamitos Bay YC.

Long Beach Race Week is one of the many events planned for Summer Sailstice in all 50 states and more than 40 countries.
This year, Long Beach Race Week also is associated with the Sailors for the Sea program for Clean Regattas. Sailors for the Sea, based in Newport, R.I., is billed as the only ocean conservation nonprofit focused on the sailing and boating community. Its program assists and certifies yacht clubs and regatta organizers as providing clean events that minimize impacts upon the world’s oceans.