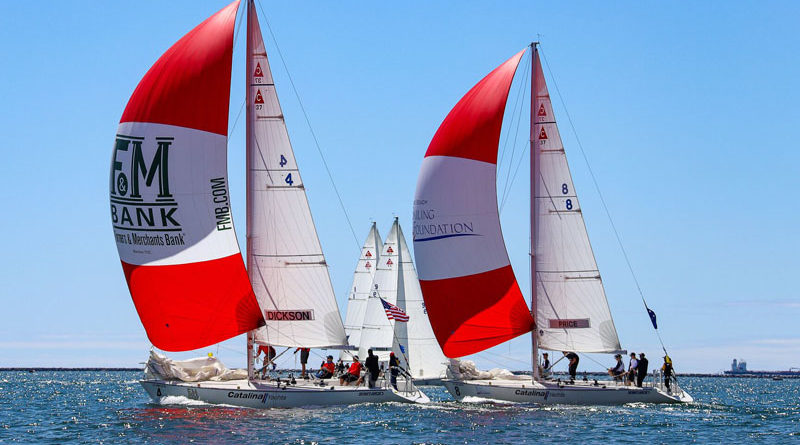 Coronavirus event forces one of the biggest sailing events of the year to be rescheduled.

LONG BEACH—One of Southern California’s largest and most recognizable sailing competitions has been postponed because of COVID-19, or coronavirus, it was announced by Long Beach Yacht Club on March 15. Congressional Cup 2020, which is the first sailing event of the 2020 World Match Racing Tour, was originally scheduled to take place April 28 to May 3.

It is unknown when Congressional Cup 2020 will be held. The sailing event’s organizers stated they are exploring new dates.

Long Beach YC is the organizing authority of the Congressional Cup event in Southern California. The regatta, which pits skippers against each other in Catalina 37 keelboats, takes place each spring off the coast of Long Beach.

“We are exploring open dates on the sailing and World Match Racing Tour calendar, and look forward to hosting these thrilling and prestigious events in Long Beach again,” Long Beach YC Commodore Charlie Legeman said in a released statement, “At this time the health of our community – both our local and worldwide sailing community – is paramount. We appreciate everyone’s cooperation and look forward to sharing more news and information with you shortly.”

Cheri Busch, who serves as chair of the Congressional Cup, assured this year’s regatta would not be canceled.

“Considering that travel restrictions affect many of our competitors and officials, and for the general safety and well-being of our attendees, organizers, members and volunteers, we have decided to postpone the Congressional Cup until the situation has improved,” Busch said in a released statement. “We are not canceling the Congressional Cup, however, and hope to have our sailors back on the water and competing for the Crimson Blazer soon!”

The California Dreamin’ Series Long Beach event is the last of a three-part march race circuit; the winner of this regatta would be offered an invitation to the 2021 Ficker Cup.