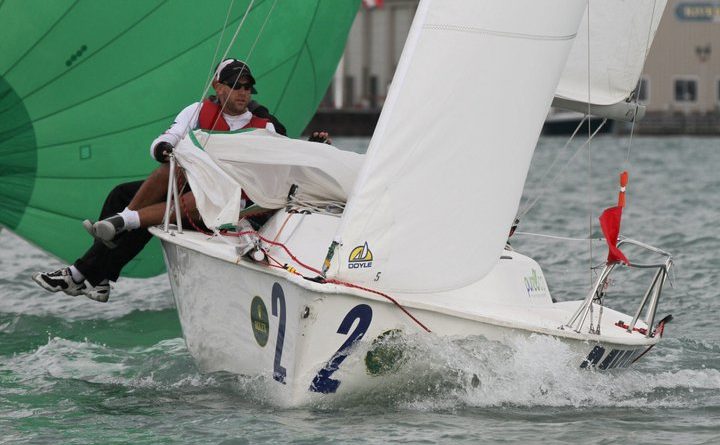 Regatta will feature eight Catalina 37s competing against each other; St. Francis Yacht Club will host championship in October.

LONG BEACH—U.S. Sailing and Long Beach Yacht Club will host the U.S. Match Race Championship Qualifier in Long Beach, Aug. 10-11. The organizations have applied for the event to be classified as World Sailing Grade 3.

The highest placing eligible skipper will earn a spot in the 2019 U.S. Match Racing Championship – assuming they haven’t already qualified; the championship will be held in San Francisco, Oct. 3-6, and hosted by St. Francis Yacht Club.

Eight skippers will compete against each other in Catalina 37s. Each boat will be provided with the following sails: Mainsail, Genoa, Jib and Spinnaker. Racing will take place in the Congressional Cup Stadium Course; the course, according to the Notice of Race, “will be windward/leeward with starboard rounding, finishing downwind.” The maximum allowable total weight of each crew is 1,157 pounds.

The qualifying regatta will start off as a Round Robin before transitioning into a Knockout Series. Winners of the Knockout Series will face off against each other in the Finals.

Registration and practice sailing both take place on Aug. 9. The first briefing is set for Aug. 10 at 9 a.m., followed by a meeting with umpires. Racing begins at 11 a.m. on Aug. 10 and 11. The latest attention signal on Aug. 11 will be at 4 p.m. A debriefing will be held about 30 minutes after the last boat reaches dock (both days).

Prizes will be awarded after the Aug. 11 debriefing.