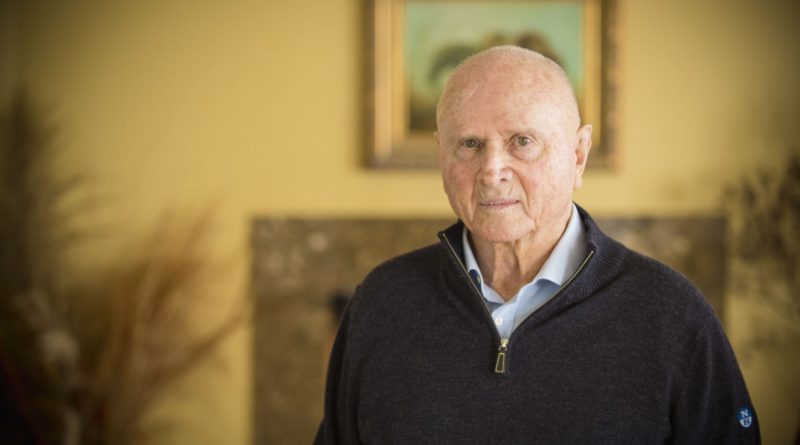 SAN DIEGO (AP/Log News Service)—Lowell North, a pioneering sailmaker who won an Olympic gold medal and four world championships in the venerable Star Class, has died. He was 89.

North suffered a stroke on June 1 and died late on June 2 at his home in Point Loma, his son, Danny, said.

“He affected many people’s lives when you think about what he’s done in sailing,” said Malin Burnham, a San Diego sailor and civic leader who teamed with North to win the 1945 Star World Championship when they were both still teenagers. “You know, in the world today, we’re talking about civility. He was the epitome of that. I never saw him upset or arguing. He was always calm, cool and collected. He was a great listener. We don’t have to agree in this world but maybe we can learn something if we just listen. Lowell was that kind of person. He was special.”

Nicknamed “The Pope” by his peers, North began his sailmaking career at 14 when his father purchased a Star with cotton sails. The father and son team came in last in every race, motivating the younger North to re-cut the mainsail.

After winning the Star worlds as Burnham’s crew, North quipped: “It wasn’t me Malin wanted. It was my mainsail.”

He opened his first North Sails loft on Shelter Island in 1957. With an engineering degree, North figured he could build better sails through rigorous testing and incremental improvement. His methodical and scientific approach to sailmaking changed the industry.

He hired other champion sailors – calling them “Tigers” – to demonstrate and sell his products.

North Sails was the world’s biggest sailmaker when he sold it in 1984 and retired.

“His clear purpose, creativity and competitive spirit continue to drive North Sails today – even as the company explores territories he never could have imagined,” North Technology Group CEO Tom Whidden, a former America’s Cup sailor, said in a statement.

He was a member of the inaugural class inducted into the National Sailing Hall of Fame in 2011, along with Ted Turner, Dennis Conner and other America’s Cup greats.