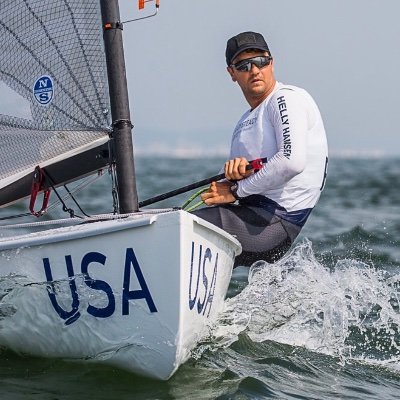 The selection was based upon Muller’s 17th place finish at the 2019 Finn World Championship and third place rank at the 2020 Hempel World Cup Series Miami.

Muller will be making his Olympics debut when he arrives – and competes – in Tokyo next summer.

“It feels incredible to know that I will have the honor of representing our country at the Olympic Games next summer,” Muller said. “It is very gratifying that all the hard work and sacrifice has resulted in this accomplishment. At the same time, I feel a profound responsibility to represent the US Sailing community as best I can. I continue to strive to be as prepared as possible and if I do my job it will be a great pleasure to race against the best in the world.”

Muller, a graduate of Stanford University, has been a member of US Sailing since 2014 and sails full-time in the Finn class. He served as Caleb Paine’s training partner since 2016; Paine, from San Diego, won a Bronze Medal in the Finn class at the 2016 Rio Games.

“Muller is a three-time World Cup medalist, two-time National Champion, and is currently ranked among the world’s top 20 Finn sailors,” US Sailing staff said in a released statement. “Some of his career highlights in the Finn include, 3rd place at both the 2019 and 2020 Hempel World Cup Series Miami, 9th at the 2017 Kiel Week Regatta, and 4th at the 2017 Sailing World Cup Miami.”

The first-time Olympic athlete reportedly resumed on-the-water training; Muller had taken a long hiatus because of the Covid-19 pandemic. Muller said he used the downtime during the pandemic to focus on conditioning, tactics and weather.

Muller, upon receiving the news of his making the 2020 U.S. Olympic Sailing Team, continues to train for competition and prepare for Tokyo.

“The plan remains the same. My coach Luther [Carpenter] and I along with Eric Anderson have always strived to reach the highest levels of our discipline and we will continue to do that,” Muller stated. “We are working to dial in our Olympic equipment and refine the subtleties of technique as well as the tactical and strategic aspects of the game.”