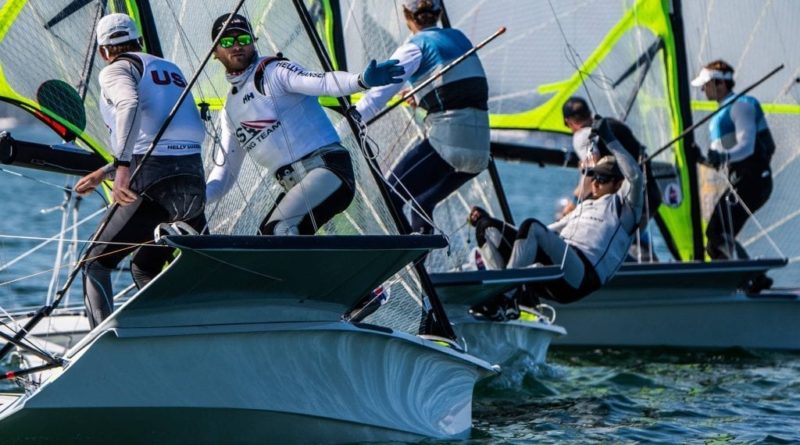 Five of 21 named sailors are from Southern California.

BRISTOL, Rhode Island—Nearly two-dozen sailors were named to the U.S. Sailing Team Squad, it was announced on Feb. 27; the Squad is made up of sailors who don’t have enough results on the sailing circuit to qualify for the main U.S. Sailing team but are worthy of pursuing a path to Olympic competition.

Five of the 21 sailors named to the U.S. Sailing Team Squad are from California’s three southernmost coastal county.

Other sailors named to the Squad are:

U.S. Sailing launched its “Squad” initiative to support sailors who show potential of making it to the highest sailing team in the land. Members of the Squad team receive support from U.S. Sailing in coaching, fitness, fundraising and logistics. They also have the opportunity to work alongside U.S. Sailing Team athletes.

“The creation of the Squad ensures that deserving athletes are captured and supported along their journey to the Olympic podium,” a U.S. Sailing press release on the Squad roster announcement stated. “The Squad is designed to create a collaborative effort to raise overall U.S. performance, which in turn meets the athletes’ objectives of standing atop the Olympic podium.”

Malcolm Page, who heads U.S. Olympic sailing, said the Squad is the perfect opportunity for sailors to gain a pathway to the quadrennial Summer Games.

“The Squad members have not yet got the results to be named to the current 2019 US Sailing Team, but these talented athletes need to be recognized for where they are on the pathway to Olympic podium. As an organization, we need to ensure a united push from the U.S. to maximize 2020 and 2024 medal winning potential,” Page said.

Sailors are eligible for Squad if they have “a multi-quad commitment to an Olympic campaign and show “the requisite talent and effort to become a medal winner,” according to U.S. Sailing.