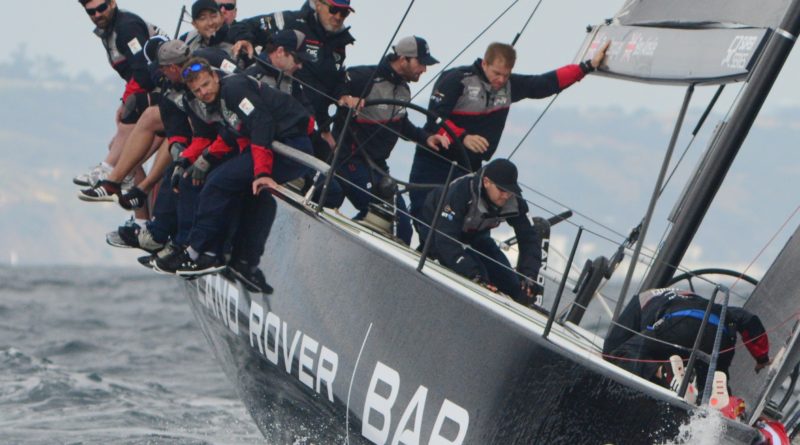 The second leg of the Etchells West Coast Spring Series will take place at San Diego’s Coronado Roads, April 5-7. It is the only required regatta within the four-race series. (San Diego Yacht Club photo)

SAN DIEGO—The 2019 racing season is picking up steam, what with the second regatta of the Etchells West Coast Spring Series (WCSS) coming to Coronado Roads in San Diego, April 5-7.

Etchells Midwinters West does not come with a throw-out option, making it the only required regatta within the series.

Last year’s Midwinters regatta featured 20 teams competing against each other. Organizers expect this year’s races to feature even more competitors.

Teams are using this regatta to tune up for the Worlds, which takes place June 24-29.

“Etchells are known for their tight races,” San Diego YC staff said in a released statement promoting the regatta. “Typically, there [are] only a few feet separating the top boats at the end of the 1.5-mile beat. This means close finishes and a range of possibilities on who can take home the trophy. The 2016 WCSS was especially exciting when after 26 races, Bruce Nelson won the WCSS Championship on the last leg of the race of the series by passing two boats.”

San Diego YC member Rick Goebel returns to the Etchells fleet this year; he recently spent tine sailing J/105s. Goebel stated he would be out on the water, preparing for the race.

“Several of the teams will have a coach and boat and will be on the water early to practice and to tune,” Goebel said in a released statement. “This is the best approach for a big regatta as you get the perspective from off the boat and a recap of what went well and what needs work. We will be out the two days before each of the regattas as definitely need the time in the boat and this is the best way for us to get settled in prior to the racing.”

A post-race barbecue will be held on April 6, followed by an awards ceremony on April 7. Visit www.westcoastspringseries.com for more information.