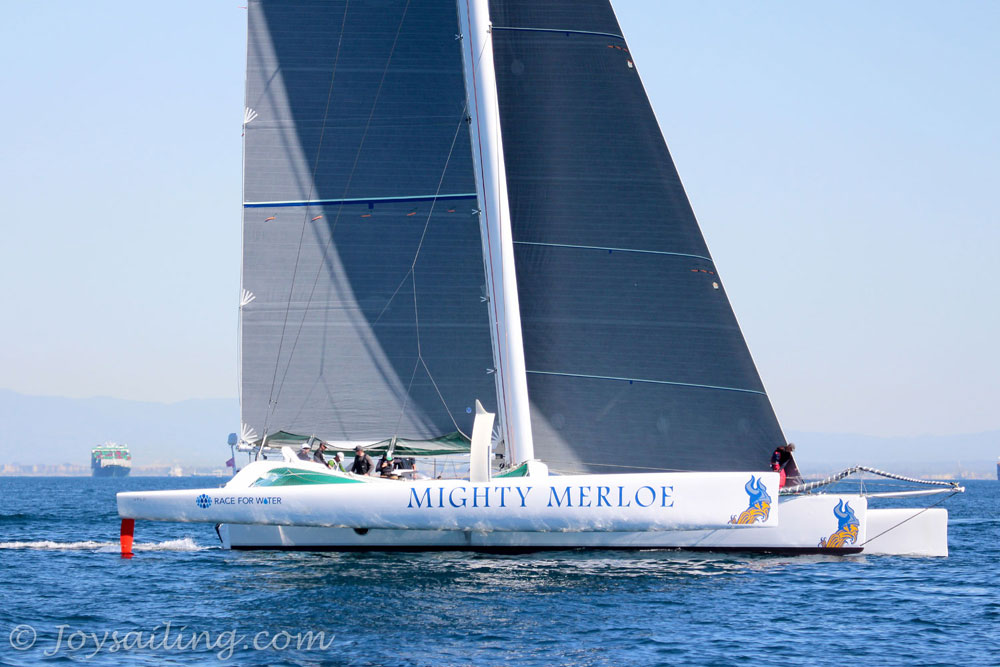 NEWPORT BEACH —With summer-like conditions on the West Coast this March, all 34 boats participating in the 2015 Islands Race finished (one retiring after finish), and HL Enloe’s Orma 60 trimaran demolished the course record by 3 hours, 19 minutes and 46 seconds.

Despite being the only trimaran and sailing in their own class, Enloe’s crew started 30 minutes behind the next fastest fleet and roared past all 33 competitors in just over the first hour of the race beating all boats to the first turn at the top of Catalina Island. Mighty Merloe became the first boat in the six years of the event to finish before midnight, on the same day as the start completing the course in 7 hours, 45 minutes and 42 seconds.

The other five fleets were divided among offshore sleds and production racers. Division 0 featured a five boat West Coast 70 fleet, with the Islands Race serving as a high point race on their annual calendar. The 70’s prefer to race under the Offshore Rating Rule (ORR) which provides a more data driven rating. Ed McDowell’s Grand Illusion won the division, w/ Brack Duker’s Holua in second.

Varuna and Bolt were also first and second overall in the 2015 Islands Race, the only two monohull competitors to have corrected times under 19 hours.