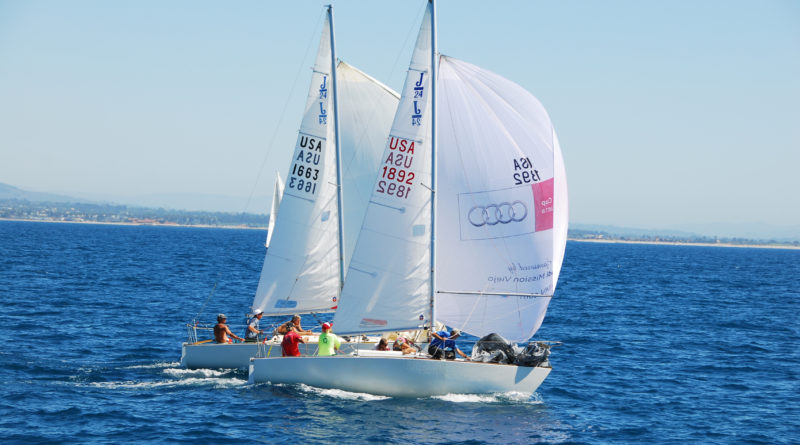 VENTURA — Sailors will be able to compete in a variety of races on Sept. 16 and 17 as Ventura Yacht Club hosts the Ventura Cup Regatta and Santa Barbara Channel Challenge during the third weekend of September. The races give sailors an opportunity to compete in one of three windward-leeway courses on Sept. 16 and a random leg competition on Sept. 17.

Skippers competing on the Ventura Cup Regatta are automatically signed up for the Santa Barbara Channel Challenge. Those signing up for just the challenge are only allowed to sail on Sept. 17.

The Sept. 17 race is the climactic competition for the Ventura Cup.

Spinnaker owners are encouraged to enter the Ventura Cup Regatta, which allows each area yacht club to designate up to three three-boat teams to compete in the race. Sailors may also enter as individual entries and compete for solo honors.

Entries are open to anyone who is a member of recognized Southern California Yachting Association (SCYA) yacht clubs and in possession of current and valid PHRF certificates. Current one-design class certificates could be substituted for PHRF boats in certain classes (J/24, J/70, etc.).

The entry fee is $50 before Sept. 13 and $75 after; visit regattanetwork.com for registration.

Team declaration and registration must be completed by Sept. 13. The Ventura Cup skipper’s meeting will be held Sept. 16 at 9 a.m. at Ventura YC’s upstairs dining area; racing begins at 11:55 a.m.

Those entered into the Santa Barbara Channel Challenge must attend a skipper’s meeting at 9 a.m. on Sept. 17, also at Ventura YC’s upstairs dining area; the warning signal is given at 11:25 a.m.

“The Ventura Cup team trophy will be presented to the winner of the team competition and shall remain in the possession of the winning yacht club for one year, until one month prior to the next Ventura Cup Regatta,” according to the Notice of Race.

Contact Race Chair Stan Whisenhunt at 805-919-0555 or Swhisenhun@aol.com, or the Ventura YC office at 805-642-0426, for questions or additional information. Information is also available online at venturayachtclub.org.