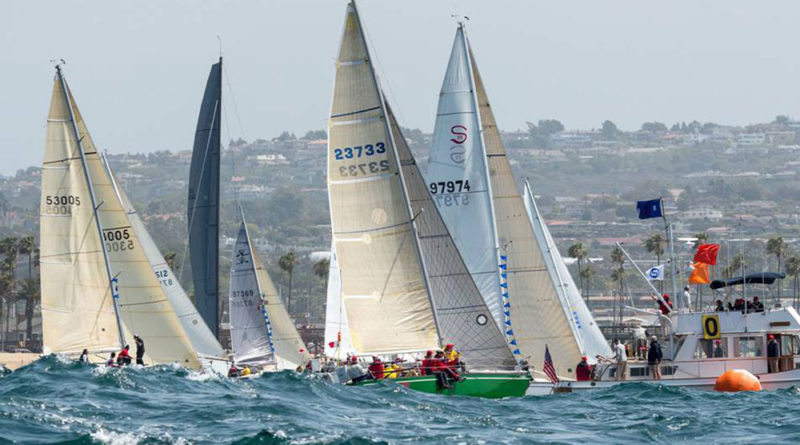 NEWPORT BEACH — More than 175 sailors are preparing for their chance to win big at the 2015 Newport to Ensenada Race (N2E), which starts on April 24. Numbers appear to be climbing for the popular race after last year’s low participant turnout due to concerns of impoundment and safety in Mexico.

Newport Ocean Sailing Association’s (NOSA) Board of Directors — hosts of the race — expect the number to reach well over 200 by race day. A total of 175 racers had registered at press time.

In 2014, only a little more than 167 sailboats raced on the 126-mile course that takes boaters from Newport to Ensenada. N2E once saw an average of 400 racers but numbers have been on the decline.

Several boaters were hesitant to cross the border due to the drug scare, requirement to purchase a 10-year permit and boat impounds in Mexico. The recession was also a factor in the low turnout.

Over the years NOSA Board of Directors worked hard to make things as easy as possible for racers, including moving up the finish line to Hotel Coral and Marina, holding seminars on how to purchase a Temporary Import Permit (TIP) and meeting with Mexican officials

It appears the hard work has paid off.

“Officials in Mexico were very concerned about what happened the year of the impoundings and so they came here and gave seminars to boats owners and racers on the proper information on TIPS; the numbers to call if they have problems, so they have been very helpful,” he said.

In addition, the TIP concerns are no longer prevalent for many racers since the permit is good for 10 years, Shockley explained. “Many people already have the permit so now going forward it becomes less of an issue.”

Racers simply need to focus on race strategy and having fun. There are several kick off events scheduled prior to race week, including the second annual Balboa Village Fest at the Balboa Fun Zone and the annual Skippers Luncheon at Newport Yacht Club. The annual Sail Away pre-race party, which features pub-style food, a raffle, live music and libations, will be held at 6 p.m., April 23 at American Legion Yacht Club.

“We want it to be a fun event; a good time,” said American Legion YC Staff Commodore Jon Reynolds. “We’re hoping that racers enjoy our yacht club and the camaraderie that this race is all about.”

A fiesta is planned for race finishers complete with tacos and cervezas at Hotel Coral and Marina. An awards ceremony will be held at the hotel Sunday, April 26, at 2 p.m.

The experience will be a first for many newcomers.

“We have seen the numbers of first time entrants go up this year, which tells you people are feeling better about going,” Shockley said.

Non-traditional boats will have their chance to shine in the 68th N2E race with NOSA’s decision to add an “Unlimited” Class to the race. The new class is open to all adventurous racers with a well-equipped support boat. Entries in this class will not be given a handicap, nor will they compete against other classes. Results will be based only on elapsed time

For more information or to register for the N2E race, visit newporttoensenada.com.