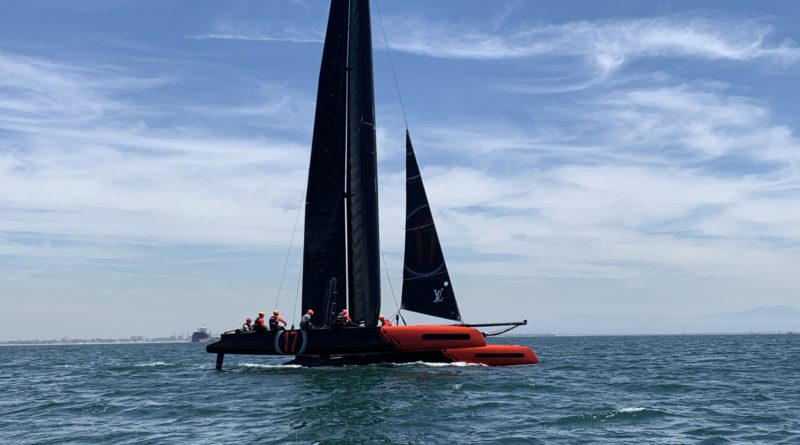 ENSENADA, Mexico—An international yacht race featuring a 92-year-old skipper and a sailing team whose average age was 67.5 was ultimately headlined by youth, courtesy of a first-time captain won the best overall elapsed time at one of the popular yachting events in Southern California and Northern Mexico.

Crewing Alive were Duncan Hine (first-time skipper), a Dutch navigator, Italian bowman and others from Australia and New Zealand. Alive, which races out of Brisbane, Australia and is registered to Derwent Sailing Squadron of Tasmania, also won the most recent Rolex Sydney Hobart Yacht Race; the sailboat is owned by Phil Turner.

Other boats celebrated for their respective performances at this year’s Newport to Ensenada Race were David Nelson’s ID35 Kite 35 and Terri Manock’s Pole Dancer.

Pole Dancer featured an all-female crew – with only one crewmember from the United States (others hailed from Canada, Ireland and New Zealand). Manock’s crew walked away with the Caroline Starr Trophy for Best Corrected Female Crew and Carlos Avila Escoto Best Corrected J120.

Anyone navigating the waters between Long Beach Harbor and Alamitos Bay Marina in mid-April certainly noticed the 800-pound gorilla: an AC 45 sailboat foiling about, making its way around the oil islands and hitting high speeds just inside the Middle Breakwater.

Team China had rented the AC 45 to conduct a few practice runs ahead of the SailGP race – Round 2 of which takes place in San Francisco, May 4-5.

Is there a possibility we could soon see sailing catamarans actually competing here in Southern California (as opposed to practicing for a race elsewhere)? Team China’s presence here in mid-April could well be an isolated event. The practice run, however, could also be used to demonstrate Southern California features ideal conditions for international foiling events, such as SailGP.

Whether competitive foiling actually does arrive in Southern California remains to be seen. Perhaps, in the interim, we’ll see more vessels like the AC 45 running about, as this year’s sailing calendar plays out.

The sailing team, on a separate note, graciously allowed The Log to board the vessel during one of the practice runs.