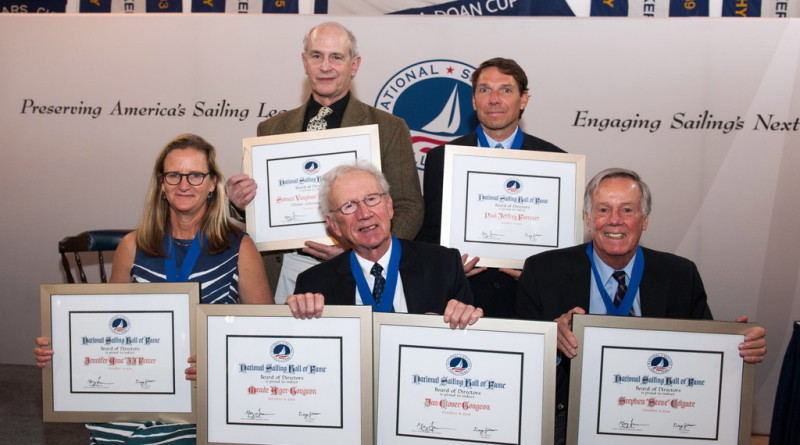 BAY HEAD, N.J. — The members of the 2015 National Sailing Hall of Fame (NSHOF) were honored during ceremonies that were the highlight of a weekend of activities at Bay Head Yacht Club.

In their remarks the inductees were remarkably consistent: each had taken any and every opportunity to learn from others and each knew they could not have achieved their success without significant support from others.

Olympic medalist and author JJ Fetter of San Diego said the community at San Diego Yacht Club was “a hotbed of sailing” when she was a kid. “I learned so much from watching sailors like Lowell North, Carl Eichenlaub [both NSHOF Inductees] and Vince Brun.”

The six members of the 2015 Class of Inductees, along with the 42 heroes of the sport who have previously been inducted, exhibit the values and sportsmanship which sailing promotes. It is the primary mission of the National Sailing Hall of Fame to preserve and share the legacy of passionate contributors to the sport. Find out more at nshof.org.