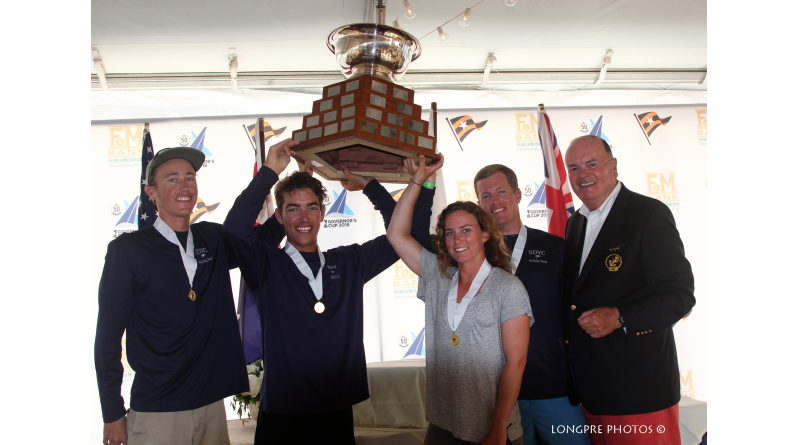 To get to the finals, there was a battle of the Australians between Gilmour and last year’s winner, Harry Price, from Cruising Yacht Club of Australia. Gilmour was able to win two out of three races to move on to the finals. Snow had raced Christophe Killian’s team from the host club, winning both races. Killian took third for the third time in three years.

After racing, the winning boats were greeted by a cheering crowd at Balboa YC. Trophies were awarded to the second, third and fourth place teams. In addition, the team from Royal Prince Alfred YC was awarded the Sportsmanship Award, a special honor which is voted on by the team members and umpires.

More information is available at govcupracing.com.